Nintendo has spread itself across almost every imaginable genre, and they seem to do very well in each category.  Although my favorite genre is RPG, I do have a soft spot for Horror games.

I was contemplating a top ten list for horror games, but realize that everybody’s list could vary.  Rather than start a debate as to why your list is better than mine, I decided to highlight a few games that I have fond memories of.

One of my least favorite horror games is Friday the 13th.  I had high hopes for the game because I grew up with the movie series.  I knew when i bought it that I would be a camp counselor trying to hunt down Jason Voorhees.  I didn’t realize that I would attempt to kill the almost immortal with a little rock.  I played this game for hours and

hours, only to finally get so fed up that I decided to just quit.  It is not often that I just give up on a game, but sadly I did.  Every once in a while, I still attempt to play through to the end, but always get frustrated and move on to something else.

One of my Favorite horror games is Castlevania II: Simon’s quest.  I know a lot of people have complaints about the game, but overall I found it to be a great sequel.  The RPG elements that were added and the difficulty kept me constantly intrigued.  I remember I had a notebook and I wrote down everything that the townspeople said.  I named the towns and each of the people so I would know where and what they said.  In the end I realized that it was a bit much.

I had always hoped for a good Hellraiser video game.  I have always been a fan of the movies and Clive Barker in General.  I think it could have made a pretty awesome side scroller on the SNES console.  At one time Color Dreams had a game in development, but unfortunately the idea was killed off.

I am looking forward to playing Spirit Camera: The Cursed Memoir.  I cannot wait to see how this game looks ion 3D.  I truly believe that Nintendo has successfully adapted many horror movies, as well as original games into their catalog.  Maybe they aren’t Master’s of Horror, but I do feel that they are masters at what they do!

Do you have a favorite horror game?  Is there a book and/or move that you wish could be made into a horror game?

Free DLC from WayForward is the Way it Should Be 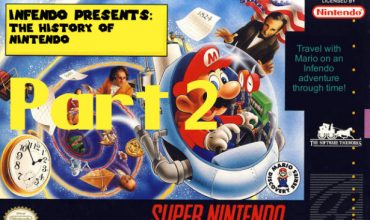