Here we are again, another Nintendo Direct has come and gone!  Many are expecting information new games, or new information on previously announced games.  Even more are wondering what type Ninfia is!

I have my screen capture tool ready, and am wondering if Iwata or Reggie will come out dressed like Cupid…

I want to apologize in advance for any mistakes made during this recap, as I am creating it as the broadcast is happening.

So far, as we wait, almost everybody is anxious for more Animal Crossing news.  Others are anticipating MiiVerse 3DS news, although that is doubtful for this broadcast.  The show starts in about fifteen minutes, so I am going to fill up my coffee, and wait patiently.  Hit the Jump for the recap…

Up first is Iwata dressed as Luigi, Mario’s twin brother!  He explains that Luigi has always been a supporting character, but since this is the year of Luigi, he is coming back In Luigi’s Mansion: Dark Moon.

Mr. Miyamoto makes his Nintendo Direct appearance as he announces the games release on March 24th, 2013.  He explains that he has wanted to see the game in 3D, so the 3DS is the obvious platform.  The guy doing the voice over is not a very good match for Miyamoto.  He explains that in this game, there are some improvements such as enhanced interactivity with the environment via the Poltergust.  He also tells us that there are multiple mansions to explore.  The fighting has changed, and has more of a ghost buster feel.  You must stun them first, then suck them in.

Miyamoto reassures us that Luigi’s Mansion will not be scary, but light-hearted.  Now Iwata is back to explain the multi-player mode.  It supports four players and features a tower climb game.  There will also be online play.

Now Iwata tells us about a new Mario and Luigi RPG game.  The setting of the game is based within Luigi’s dreams. The battles seem to be turn based.  The title is Mario and Luigi Dream Team.  There are no further details, but I really hope Wart makes a return!

The next game in the line up is a new Mario Golf!

It will be released this summer!

Now, since 2013 is the year of Luigi, Iwata is announcing DLC for New Super Mario U, that will transform all of the levels and become New Super Luigi U!  It should appear this year in the eShop!

Now, Iwata is talking about Link.  He is announcing the creation of a Mii Verse Zelda community that will be available today!

Now, Bill from the Nintendo Tree house is advising us to download Fire Emblem maps now for free before the price raises to $6.  Be sure to check for DLC content on a regular basis for new Maps and character classes.

Now Bill is letting us know that Animal Crossing is almost done and will be available in a few months.  The information he shares is much the same as we have already heard.  More details will be available closer to launch.

Now onto Ninja Gaiden 3: Razors edge.  Be on the lookout for new, free Costume downloads.

Wii U Street U is now available here in the United States.

Now onto a new side scroller called Harmon Knight (eShop).  It is a music centric game.  It features over 50 levels available!  It will be available March 28th!

Now on to Kersploosh (eShop).  you are a ball falling down a well…enough said.

Mario and Donkey Kong: Minis on the Move (eShop) is a puzzle game.  New info will be available soon.

For virtual console, you can expect Harvest moon soon!

They are now announcing some eShop bonuses when you purchase a Wii U Deluxe, or 3DS.  Unfortunately, the video is now skipping…so I missed most of it.

Now, a new Wii U bundle, including Zombie U will mirror the normal deluxe set, but will also include a pro controller and Zombie U.  Nintendo Land will be a free download. Cost will be $389.99

Unfortunately, the poor video stream caused me to miss many of the release dates of upcoming games, so I will try to include them at a alternate time.

Now Reggie is up, and the video has gotten better.  He is announcing that Donkey Kong Country Returns 3D will arrive this summer!  A 3D video is available today!

Well that is all for today!  I am pretty excited about most of the news announced!  It looks like the this Spring and Summer will be a great time to be a gamer!  I apologize for anything that I might have missed or any errors.  Once the Broadcast is posted on Youtube, i will update it here.  I will also post the launch schedule when it is available.

Below are links to all of the videos showcased today: 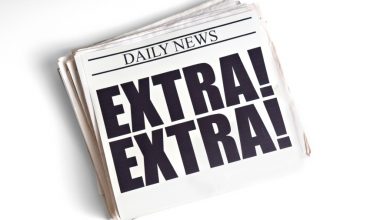 50 things about Super Smash Bros. Wii U to be revealed in Oct. 23 livestream