An interesting release this week is Fragile Dreams: Farewell Ruins of the Moon, but reviews haven’t been all that awesome. Meanwhile, more Pokemons. Oh, there’s an awesome Castlevania game for Virtual Console, too.

Triple Shot Sports
Publisher: The Code Monkeys Ltd.
Players: 1-2
ESRB Rating: E (Everyone)
Price: 500 Wii Points
Description: Triple Shot Sports is one of the most advanced recreational shooting games available for the WiiWare service, immersing players in the world of competitive target shooting. Most competitive events consist of activities that are traditionally derived from hunting and combat skills. Over time, these practices have evolved into a variety of competitive sports that include Archery, Pistol Shooting and Free Rifle. As with real-life shooting events, you will have full control over the aim of the weapon. You must also account for prevailing weather conditions and the athlete’s breathing pattern, as these factors can influence the accuracy of your shot.

Zoo Frenzy
Publisher: Gameloft
Players: 1
ESRB Rating: E (Everyone) â€“Mild Cartoon Violence
Price: 500 Nintendo DSi Pointsâ„¢
Description: Create the zoo of your dreams and try to maximize your profit by managing tons of parameters. Enjoy five fun mini-games to train and support your animals: Feed them, heal them and even play soccer- or hockey-themed games with them. Your best-trained pets will go back into the wild to fight dangerous monsters and find cute new animals for your zoo. Enjoy use of the Nintendo DSiâ„¢ system’s built-in microphone and camera â€“ wake up the hero by shouting at him, and see yourself in the game.

101 MiniGolf World
Publisher: Teyon
Players: 1-8
ESRB Rating: E (Everyone)
Price: 500 Nintendo DSi Points
Description: 101 MiniGolf World is one of the first-ever 3-D miniature golf games for the Nintendo DSiWare service. Your stylus becomes the putter for an incredibly fun mini-golf experience. Play more than 100 challenging holes solo or with up to eight players on one system. Send your ball flying through loops, pipes, arches, extreme ramps and mind-blowing obstacles. Enjoy a combination of real golf rules and wacky mini-golf fun.

Battle of Giantsâ„¢: Dinosaurs â€“ Fight For Survival
Publisher: Ubisoft
Players: 1-2
ESRB Rating: E10+ (Everyone 10 and Older) â€“ Mild Fantasy Violence
Price: 800 Nintendo DSi Points
Description: Long before mankind stepped into the world, the Earth was a harsh environment dominated by dinosaurs. Every species of dinosaur had to fight to survive in this hostile environment. Travel through the hostile lands as one of three breeds of dinosaur while battling giant enemies to save your kind. Create and customize your own unique dinosaur. Explore four mysterious territories and discover buried fossils to complete your mission. Enhance your dinosaur’s abilities and compete against your friends in epic duels.

Car Jack Streets
Publisher: Tag Games
Players: 1
ESRB Rating: T (Teen) â€“ Mild Language, Violence
Price: 800 Nintendo DSi Points
Description: A critically acclaimed game with high-octane action, innovative real-time game play, stunning visuals and an awesome soundtrack, Car Jack Streets will take you to the limit. The Italian mob is calling in your gambling debt of $1 million. Attempt a wide variety of criminal and legitimate jobs to earn as much cash as possible, but remember to avoid attracting attention from the cops and other gang members. Do you have what it takes to stay alive, pay your debt and rise to the top of the criminal underworld?

CASTLEVANIA RONDO OF BLOOD
Original platform: TurboGrafx16 CD-ROM
Publisher: Konami
Players: 1
ESRB Rating: T (Teen) â€“ Animated Blood, Fantasy Violence
Price: 900 Wii Points
Description: This is the 10th action-packed installment in the ever-popular CASTLEVANIA series, which depicts the epic struggle between the Belmont clan and the dark forces of Count Dracula. An instant classic, this title is recognized far and wide for its beautifully rendered world, outstanding game balance and haunting CD-quality music. The player takes control of RICHTER, the clan’s ultimate Vampire Killer, guiding him through a total of nine stages filled with treacherous traps and hidden secrets. Using your legendary whip â€“ passed on from generations of Belmonts â€“ and a powerful selection of Item Crash attacks, it’s up to you to destroy Dracula and his evil horde. What’s more, rescuing MARIA at some juncture in the game allows you to use her as a playable character for even more vampire-slaying fun.

The Best Online Slot Games of 2018 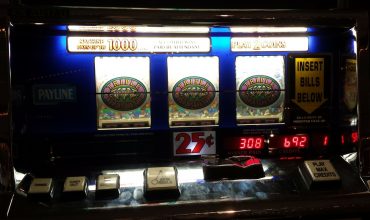