We were treated to an in-depth look at Kirby’s upcoming Wii U game today during a Nintendo Direct video. For one thing, the name of the game has been finalized: Kirby and the Rainbow Curse (though I didn’t even realize this wasn’t final). As a spiritual successor to the Nintendo DS game Kirby Canvas Curse, the player will guide Kirby, who is restricted to ball form for the most part, by drawing paths on the Wii U GamePad touch screen. Kirby can also attack enemies and bust through certain obstacles when the player simply taps him. It sounds simple, but Kirby’ll get thrown all over the screen without careful guidance.

A multiplayer mode will allow three additional players to join the GamePad user as Waddle-dees. Waddle-dees can carry Kirby and use the lines drawn on the GamePad as platforms. This will allow first player to focus on simply drawing lines. Kirby’s clay-like nature in this game will allow him to transform into various vehicles, and Waddle-dees can help out here too. Amiibo figures will also be compatible with Kirby and the Rainbow Curse, but we don’t yet know how. The game’s launch window is February 2015, a lot sooner than I personally expected. Do any of the new gameplay features tempt you to buy it?

Kirby and the Rainbow Curse Nintendo Direct Wii U

Eathbound now available on the Wii U Virtual Console

Crysis 3 Possible for Wii U 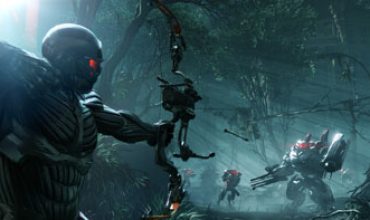