Recently, Nintendo has hinted at a new 3D Zelda game, as well as a new Mario game in development for the Wii U.  Iwata spoke to IGN, and reassured us that both games are in the works.

“as we develop a new hardware platform, we ask ourselves such questions as, ‘what kind of new Zelda and Mario games do the software creators hope to make on this?’”

It has been rumored that Zelda Wii U will be out in 2014, However Iwata would not confirm or deny a launch time frame.

“We will announce the launch schedules for new 3D Zelda and Mario games in the future, but this is not the right opportunity for me to indicate when we will make such announcements,” Iwata said.

It has been rumored that the Zelda game, in production is, is the most expensive game in Nintendo’s history and will contain the most advanced visual features that Nintendo has ever made.  Although the game will undoubtedly be a huge seller for Nintendo, they have realized that first party software alone won’t drive the console.

“Our first party software alone can’t be enough to appeal to the different tastes of all game fans. The decision of Nintendo that it will publish the two software titles from Platinum Games is one answer to this challenge,” Iwata told us, noting that he’s also grateful for the level of third party support Wii U has earned so far – enthusiasm that shows ‘no signs of waning’.

So, we may have to wait for that new Zelda game, however there are many great titles available now and in the near future.  And with the overwhelming third party support fr the Wii U, I can only see things getting better!

“Our efforts have just started here, and we will continue our endeavors.”

How do you feel about the line up so far?  Is the time and money spent on a new Zelda game worth the wait?

Don’t forget to visit our Wii U Give-a-way (sponsored byNintendosForSale.com).  If you haven’t checked out their online store yet, I urge you to do it!

Zelda 3D remake launched today. What do you think?

Koopa killing in the key of C

Mario and Sonic at the London 2012 Olympic Games 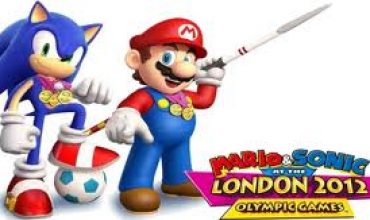