Happy New Year, everyone! From the recent online race activity, it looks like a lot of folks worldwide received Mario Kart 7 for the holidays…and the percentage of “Maka Wuhu” cheaters rose dramatically at the same time!

In case you hadn’t heard yet, Mario Kart 7, one of 2011’s best games, contains one weird…glitch? Feature? Let’s call it an “issue” for now. It’s the “Maka Wuhu” shortcut cheat. It goes like this:

On the one-lap Maka Wuhu track, immediately after the first checkpoint, if you turn around, drive off the road and jump into the water, Lakitu will set you back on the track where it loops around above that locationâ€“right at the second checkpoint, completely bypassing the entire middle section of the course. This puts you about 30 seconds ahead of anyone not taking the shortcut.

It didn’t take long for Maka Wuhu cheaters to show up in online races, voting for the Maka Wuhu course every time. Fortunately, the odds usually work against them and they only get their wish occasionally, but they stick with it, race after race, picking Maka Wuhu solely to show off their awesome cheating skills.

Since the issue effects only one track out of thirty-two, it’s really just a minor annoyance, but it does throw a psychological monkey wrench into one of the game’s best tracks in online races, especially if Maka Wuhu shows up as a random selection. If one person takes the shortcut and everyone else goes the long route, the race is ruined; the 30 second finish line limit will end the game before anyone else can catch up. If everyone takes the shortcut, it’s a much briefer race, but still highly enjoyable.

It all leaves me wondering: did Nintendo include this “feature” on purpose? Is the mind-game that takes place as racers approach the first checkpoint intentional? I can’t believe no one at Nintendo or Retro discovered the shortcut–they must have known about it. The shortcut trick is hidden; you have to turn around and drive off the track to activate it, but anyone can do it, and–in its own odd way–it fits right into the general chaos of Mario Kart.

So, Infendo racers, what do you think of Maka Wuhu’s unusual shortcut? Should everyone just treat it as a normal part of the course? Is this a massive oversight on Nintendo’s part or a sneaky joke they slipped in to stir things up? And how do you deal with the cheaters? Beat them at their own game? Log off? Relax and collect coins? 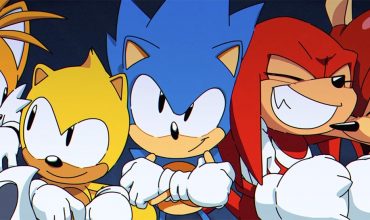