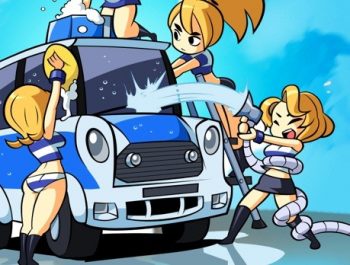 Yesterday’s long-awaited, story-extending DLC for Batman Arkham City, which came with a $10 price tag, reminded me of a similar game-extending gem that hit Nintendo’s e-Shop last week for WayForward’s excellent platformer, Mighty Switch Force. Five new levels, a new “Retry” button, and an enhanced 3D effect on existing levels were brought to the table, and you know what? They were totally free.

Call this update what you will, as the new content must be applied through a re-downloading of the entire updated game, but it sure seems like downloadable content to me – the first ever in the eShop’s history, mind you. So, that’s five new levels and a few updates to existing levels, roughly one to two hours of added gameplay, and WayForward decided to float it our way free of charge. Not too shabby, eh? Also consider the fact that this isn’t WayForward’s first display of generosity, having also offered full game soundtracks and other content free for download in the past. They’re really rackin’ in the brownie points, lately.

The developer could have easily re-branded their latest game “Mighty Switch Force: The Lost Levels” or something along those lines, but they chose the moral highroad instead. It’s enough to make one question why we as gamers should pay ten bucks for roughly the same amount of extra content in other games, such as Batman Arkham City, when companies like WayForward provide quality games just the same while only charging the player once (sorry to throw you under the bus, Bats).

Of course, how DLC is handled ultimately comes down to the developer and game in question, as well as the individual player’s willingness to purchase said additional content. DLC can’t always be free, but it’d be nice to see more of it be as such. I simply hope other developers will follow in WayForward’s footsteps and keep their downloadable content on the eShop wallet-friendly. At least the eShop’s initial foray into the wide world of DLC set a good example. A guy can dream, can’t he?