Those of you who have been impatiently waiting for Pokemon Sword and Pokemon Shield to drop will have a little relief – As long as you’re willing to cross party lines to make it happen!

Digimon Story Cyber Sleuth Complete Edition (whew, that’s a mouthful) launches on Nintendo Switch today, October 18th. Running at $50, the game actually contains both the original Cyber Sleuth title from 2016 as well as the sequel which was released last year.

The game offers a welcome alternative to Pokemon fans looking to quench that monster-catching RPG thirst while we wait for Pokemon Sword and Pokemon Shield, which are due in a little under a month’s time at this point. It almost seems planned… Hmm… Could the war between Pokemon and Digimon still be going on?

Needless to say, it was a smart move on Bandai Namco’s part to release these titles just as people were reaching a fever pitch desire for a similar type of game.

Make no mistake – These titles are no Pokemon clone. The original Cyber Sleuth game features 249 Digimon to collect. The sequel, which is also included in the Complete Edition, offers a staggering 341!

If you’re a fan of monster-catching games, or Digimon games, this one seems like a no-brainer: Pick up Digimon Stories Cyber Sleuth, and settle in for the next month or so.

Molyneux: ” I struggle to see anything amazing coming out of Nintendo” 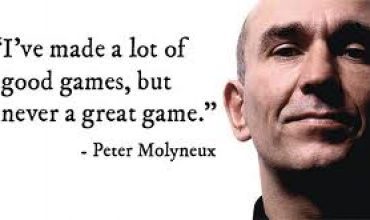