Booktrade has reported  that Blake Harris’ upcoming novel Console Wars will be made into a feature-length film. The book will be a retelling of SEGA’s rise to prominence during the late 80s and early 90s as they challenged Nintendo for market share of the video game industry.

The film project, which will be helmed by Seth Rogen and Evan Goldberg (their last endeavor was the 2013 surprise comedic hit This Is The End and their latest, The Interview, will open in October) and produced by Scott Rudin, will be told in a narrative setting, as well as a documentary to release alongside it. The book, Console Wars: Sega, Nintendo and the Battle that Defined a Generation, is slated for release on May 13. You can pre-order at Amazon here.

The synopsis of Harris’ retelling of one of gaming’s greatest rivalries is described below:

“Following the success of The Accidental Billionaires and Moneyball comes Console Wars—a mesmerizing, behind-the-scenes business thriller that chronicles how Sega, a small, scrappy gaming company led by an unlikely visionary and a team of rebels, took on the juggernaut Nintendo and revolutionized the video game industry.”

Do you think a film adaptation (made by Sony Pictures. Wrap your head around that) of Nintendo’s biggest challenge during its early console years will have enough to be an engaging and thought-provoking retelling (ala David Fincher’s The Social Network)? Tell us in the comments below. 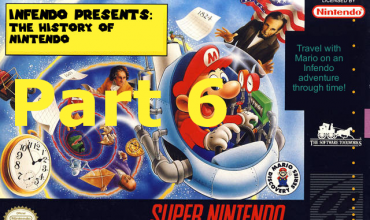