Hot off the recent reveal of three characters (two new and one returning) for the fourth and fifth iterations of the Smash Bros. franchise, a Japanese publication titled CoroCoro will offer more insight to the full roster. According to the publication, they will have a full exclusive of the complete 3DS Smash Bros. roster and stages on August 12th.

Now, the 3DS and Wii U versions of Super Smash Bros. will have exclusive stages that reflect the handheld and console aspects of Nintendo’s famous franchises. However, the character selection will be the same across both platforms. So, much speculation has occurred on what new characters will be announced and what returning characters will make the cut or not. The current roster is now at 36 fighters (37 if one is to believe Mr. Game & Watch’s cameo at the end of the Pac-man reveal is confirmation that the character will return), which means we are getting to the tail end of character reveals before the 3DS version’s September release in Japan. For many Earthbound fans, now would be the time to start sweating some bullets; we all should be worried.

So, with a possible full character roster reveal looming, how many more fighters do you think Sakurai and his team will unveil? Ridley? Shulk? Ness…finally? Tell us in the comments below. 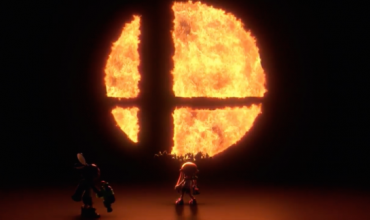