I asked around yesterday in a speculative report for G4. Here’s what my quotables had to say:

A lot of people wonder what the new console might mean for not only console gaming, but for Nintendo in general. Can the company win the â€œconsole warâ€ for a second consecutive cycle in the wake of Wii, like it did post-NES with the Super Nintendo?

Ormond says no. â€œI think Nintendo is too prideful to see the real competition, and it isn’t named Microsoft or Sony,â€ he says, predicting that an updated and aggressively-priced Apple TV could obviate the modern console as we know it.

Pachter says yes, at least for a little while. â€œOf course theyâ€™ll lead. Microsoft and Sony wonâ€™t release new consoles until a couple of years after, so Nintendo will have a free pass.â€Â

Steinberg says it depends. â€œIf the company can get their third-party support, online connectivity, and downlodable content in order â€” all of which were lacking on Wii â€” then Nintendo is a strong contender for another first-place finish.”

Cassidy sees any short-changing of Nintendo as a failure to recognize the companyâ€™s 120 year legacy. â€œNintendo still has what it takes to surprise and dominate the industry,â€ he maintains. â€œThe Wii may not be everyone’s go-to platform for core gaming, but there are millions and millions of owners out there that have gotten a lot of fun from the platform. To dismiss Nintendo as incapable of delivering that sort of experience once again would be silly.â€

What do you think? What percentage would you give Nintendo to lead next-generation console gaming?

I take back everything I said about the 3DS stand 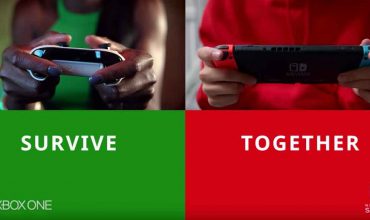