The folks at Waterfield we’re kind enough to send Infenfo a CitySlicker case over for review, and quite honestly it was love at first sight. In the week before being given the case for review, I had been using an old wool sock as my traveling case for my $300 piece of tech. While effective, it just didn’t seem like the right way to carry around this awesome hardware.

Enter Waterfield and the CitySlicker.

At first glance, the case does not look to be housing an expensive piece of tech, which is a good thing in my opinion. I’m not sure that I would want a large Nintendo logo on the front of my case screaming STEAL ME.

The inconspicuous yet extremely stylish design will draw you in, but everything else the CitySlicker has to offer will keep you coming back for more.

The front pocket opens with two magnetic buttons which keep the Switch console with both Joy-Con attached snugly inside the CitySlicker case. While inside the case, the Switch’s screen rests upon a nice microfiber cloth layer protecting the screen from damage.

On the inside of the case there are several storage pouches. Underneath the flap are leather storage slots that perfectly fit five switch cartridges. Additionally on the back of the case is a zippered compartment that adds a nice touch to an already excellent design.

I can tell you one thing though, anecdotally in my friend group, even amongst those who already own a case for their console, the Waterfield CitySlicker is hands down the most sought after case after anybody got hands on time with ours.

There are four colors to choose from the of the Waterfield online store, and Infendo was given the color Grizzly Leather. 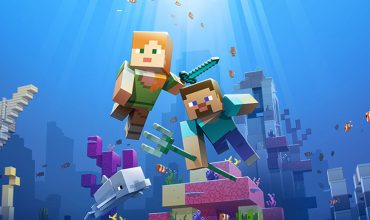