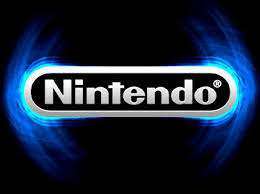 900: Sitting here in the Nokia theater waiting for the conference to begin.

910: Miyamoto is on stage talking Zelda.

912: The orchestra is playing all the Zelda sound effects like open a treasure chest….it sounds amazing. Maybe hitting at a fullÂ orchestralÂ soundtrack.

916: Zelda four swords will be a free download later this year for eshop! How awesome is that!

920: Creators of the Zelda series take stage……for a second or two

921: And that ends the Zelda talk…..here comes Satoru Iwata

922: He says Cafe will bring a “deeper” and “wider” experience for gamers

924: what a tease! he says Cafe will be revealed later this morning

931: Star Fox will feature video chat for multiplayer, kinda neat! You can tilt the system to control the ship.

932: Star Fox will be in stores this September.

934: Mario will beÂ availableÂ this year….sometime.

935: The visuals on the game look like some of the best we have seen thus far on the 3DS.

935: The game will feature multiplayer of some sort.

936: 3v3 multiplayer action will be playable today and will beÂ available, yeah you guessed it….later this year.

937: Gameplay looks very similar to the Gamecube title, but that’s not a bad thing!

938: Will feature several mansions to explore.

940: 3DS update will bring with it trailers for upcoming games.

943: I just have to point out that Reggie is a tall glass of water.

946: Controller for the system shown, looks like an ipad with buttons on it.

950: will feature AR games like we have never seen before.

951: Use the screen to view the golf ball, then use the Wii remote to stand over the screen and hit it!

951: Zelda shown. Along with a bunch of Mii style games.

953: Excuse me while I pick up my blown mind off the stadium seating.

954: Choose your pitch in baseball by moving the screen and aiming at the TV.

957: Smash Bros. incoming for Wii U…..and 3DS developed by Masahiro Sakurai! That is the only news I needed to hear.

958: Wii U in action, visuals look pretty good. A magic bird just made the flowers bloom.

1000: New Super Mario Bros. Mii for Wii U uses your Mii character in the Mario world.

1003: Developers talking about how awesome Wii U controller is.

1010: EA will be joining Nintendo with john riccitiello on stage.

1011: Not sure if everything shown is appearing on the console, but all the major EA games are being shown in slideshow form.

1114: Nintendo conference is over it looks like. Time to get a hands on with everthing. Thanks for keeping up with us at Infendo. Expect more later today!

Nintendos roadmap for Wii U success