So Nintendo has spilled the beans on itâ€™s on Wii U, but it seems that a lot of people are confused as to what that means. Will I have to buy a new console? Will the touch screen controller work with my current Wii? When can I get my hands on the darn thing? All these questions and more will be answered, just click on through! 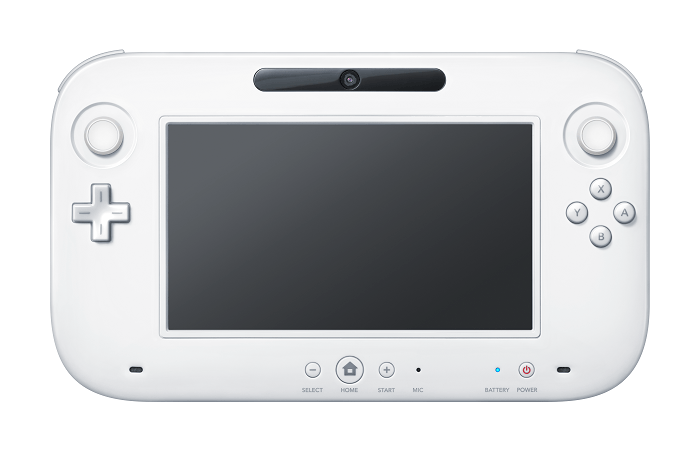 The Controller
Understandably the input device for Wii U stole much of the limelight at last weekâ€™s show. Every Wii U console will ship with one of these bad boys, and if Nintendo has it their way, it will become our preferred method to play games.

Hereâ€™s the skinny: The the main draw of the tablet controller is the 6.2-inch resistive touch screen that displays images in super sharp 16:9 high definition. The fancy new controller will be powered by a rechargeable battery and feature two analog sliders, 10 button inputs (A,B,X,Y,R,L,ZR,ZL, +, -), a built-in accelerometer and gyroscope, rumble, a camera, a microphone, stereo speakers, a sensor strip, and a stylus.

Perhaps most exciting about the controller is its ability to substitute for a main display if your TV happens to be in use. Imaging taking Link with you on the can when nature calls.

All of the processing is done on the Wii U console itself which streams data to the tablet controller. This means you must be in range of the Wii U for the device to work so, sorry, no taking the controller with you for the car trip to grandmaâ€™s!

During my hands-on with the controller I was surprised at how light the device was, lighter than an Xbox 360 controller in fact. My hands had no complaints while holding the device as the it was very ergonomically designed. Epic sessions of Zelda will go just fine on Wii U.

Also notable is an HDMI port located on the bottom of the controller. During the event the port was used to connect the controller’s display to nearby TVs to allow onlookers to see the action. Itâ€™s unknown if this will be a feature on the final retail model, I asked and the Nintendo reps werenâ€™t talking.

It also seems that the console will support multiple tablet controllers after all according to Reggie Fils-Aime. Looks like Jack can love Wii U after all…maybe.

The Hardware
Nintendo has yet to reveal complete system specifications for Wii U, and as such the specs for the console are what we know the least about. What we do know: Â Wii U will be capable of outputting with HDMI, composite, or component cables in 480i, 480p, 720p, 1080i, and 1080p. Yes, it does HD. Some developers who have gotten their hands on dev kits have stated that Wii U will have 50% more processing power compared to the PlayStation 3 or Xbox 360.

IBM who will be providing the guts of Wii U tells Engadget that the console will be packing a powerful 45nm custom chip with a lot of embedded DRAM. The custom chip will feature same processor technology found in the Watson supercomputer that competed, and won on Jeopardy.

The Games
So far the majority of titles shown were tech demos, but Nintendo and third parties have both gone on record in saying that they are working on games as we speak. Here is the complete list of confirmed titles:

The Release Date
The most Nintendo is saying is that Wii U will be availible next year. My bet is in November. The jury is still out on pricing as well so keep the channel tuned to Infendo. As soon as we know so will you!

Any other questions that werenâ€™t hit upon here? If so, just ask!

How would you design Nintendo’s new console?

Wii shipping dates for all those hot titles