High Voltage Software’s highly anticipated tube-shooter Gyrostarr finally comes out today, along with a couple Virtual Console games.Â  Click on in to see the list.

Gyrostarr – WiiWare -Â  700 Wii Points
Gyrostarr challenges you and up to three additional players to pilot your ships through a series of twisting, turning technoplasma tracks while battling a variety of deadly alien foes at ever-increasing speeds. While fighting and maneuvering, you must collect enough energy to activate the ancient warpgate at the end of each track. Succeed, and you can journey to the next, even deadlier track. Fail, and the gate will slam shut, destroying your ship. Enhance your ship with weapon pickups, coordinate attacks with your friends to fire powerful combined blasts and use your grapple to snag energy and pickups in the midst of combat. Control your ship with the Wii Remote controller, Nunchuk controller or Classic Controller, or use the “paired” control system that allows two players to use a connected Wii Remote and Nunchuk or Classic Controller at the same time. Offering 50 levels of intense action, powerful pickups, high-speed bonus levels and mayhem for up to four players, Gyrostarr is a killer arcade challenge.Â  [Published by High Voltage Software]

Alex Kidd in Miracle World – Sega Master System – 1986 – 500 Wii Points
In this platformer from the 1980s, you’re Alex Kidd, looking for your lost brother Egle. In order to find your brother, you’ll have to contend with the evil Janken the Great, who will send his henchmen and monsters at you to thwart your progress. One aspect of this adventure is that you’ll have to play the classic game of “rock, paper, scissors” against the henchmen in order to defeat them. With 16 different levels to conquer in order to save Egle, this classic is sure to test your skills and your wits at the same time. [Originally published by Sega]

Burning Fight – NEOGEO – 1991 – 900 Wii Points
Burning Fight is a side-scrolling hand-to-hand-combat action game. In pursuit of Casterora, leader of a huge syndicate that has escaped from New York to Osaka, the protagonists are three detectives: Duke, Ryu and Billy. Each character fights using a combination of punches, kicks and jumps, plus his own particular special move, activated by simultaneously pressing the jump and attack buttons. These lethal techniques have enormous destructive force, but they also consume a great deal of energy. For this reason, players must use their special moves with skillful timing. Luckily for the detectives, new weapons and additional health can be found by breaking things like phone booths and street signs along the way. A boss, who must be defeated in order to continue the mission, awaits players at the end of each stage. You can also take on the gang with a friend, but beware-attacks by one player can damage the other, so keep an eye on where your partner is in the heat of the battle. End Casterora’s reign of terror once and for all.Â  [Originally published by SNK] 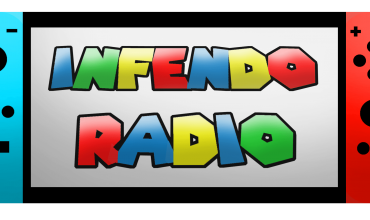