Just to be frank, it’s no secret that Nintendo has been in last place when it comes to online this last generation. Not only has Nintendo stubbornly stuck with what many would consider an antiquated online system with their friend code system, but they seem keen to continue to do so with Wii U. While many parents may consider this a good thing, the Internet can be a terrible place after all, many people that would consider themselves hardcore gamers find this system a hindrance. Just last week Nintendo of America did something that will hopefully help them pull into contention in the online space by hiring Duncan Orrell-Jones, formally of The Walt Disney Company. What does this mean for the online future of Nintendo? Hopefully big things indeed.

Orrell-Jones comes from an environment very similar to the corporate structure of Nintendo. Disney, much like Nintendo, strives to maintain a family friendly environment with all of their intellectual properties. Why do they do this? Well there is big money in kids. If parents feel secure allowing their children to partake in whatever it is that your company is offering, the better the chance that they will be willing to spend money on their children. Nintendo has known this for years. For better or worse, they have always been known as a company that has catered to children, and the hiring of Orrell Jones may have just solidified that for years to come.

“Duncan Orrell-Jones brings knowledge and hands-on experience to Nintendo that will help us develop and implement long-term digital initiatives for our systems,” says Nintendo of America President Reggie Fils-Aime. “By creating this new position we’re demonstrating our commitment to the expansion of our online business, and Duncan is the perfect person for the job.”

Judging by the recent campaign by Disney to increase the safety in their own Club Penguin online virtual world, I think it’s safe to say that Nintendo will most likely continue its kid-safe initiative for the Nintendo Network. Hopefully what Reggie previously stated about better friend codes when it comes to their online connectivity comes to fruition, because I’m all for children’s safety online, but not at the cost of ease of use and functionality.

Whatever happens with the Wii U and 3DS in the future all hinges on what Nintendo and Orrel-Jones decide to do with the online services of each said system. If they can catch up to what Microsoft is doing with Xbox Live and Sony with the PSN, I can see gamers flocking to Wii U and 3DS in droves. Only time will tell, but I will have my fingers crossed.

Watch Out Nintendo, WeMade Entertainment is Coming For You! 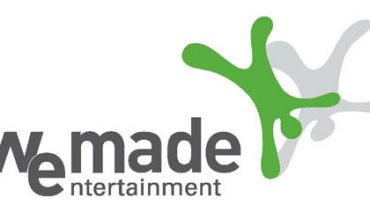