What are The Legend of Zelda’s best ever games?

It began way back in 1986 with the release of The Legend of Zelda in Japan. Since then, people from around the globe have enjoyed Link’s adventures across a number of Nintendo consoles.

But while there’s no title available for Wii U just yet, all this is about to change as a high-definition remake of the classic Wind Waker hits shelves later this year. The anticipation for its arrival got us thinking of some of the best offerings from a consistently impressive franchise.

As the first Zelda of the 3D era, this game brought an entirely new outlook for fans and is widely considered to be an all-time great. When it was made available at the end of 1998 it included some revolutionary gameplay features, including the ability to lock-on to a specific target when battling. Such is its appeal that it is now available for Nintendo 3DS and was even released as part of a limited edition bundle.

It would be impossible to ignore The Wind Waker – and not simply because of the upcoming Wii U version. From the cel-shaded graphics to the clarity of emotions shown on Link’s face while the action unfolded, it brought a number of new elements to the series. It also contained a vast world for players to explore.

A Link to the Past

The third Zelda game was the first on the SNES and introduced a number of new features that would influence future releases, such as the ability to perform a spin attack. Despite its 2D top-down perspective it holds up in terms of addictive gameplay even now. The good news for Nintendo 3DS owners is that it was recently announced that a sequel The Legend of Zelda: A Link Between Worlds will be available in November.

As an early release for the Wii this game drove demand for the console and – as you would expect – featured the most impressive graphics seen in the series up until that point. It abandoned the more cartoon-like style of The Wind Waker for a return to more realistic visuals and introduced a variety of interesting elements such as riding on horseback and Link’s transformation in to a wolf.

With so many Zelda games out there which is your favorite? Perhaps the best is yet to come?

Nintendo Satisfied with 3DS, Does This Mean No XL? 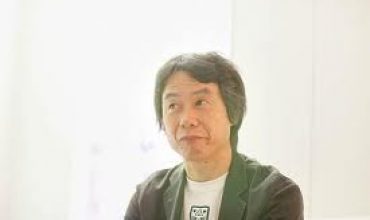