Before I get into this weekend’s discussion topic, I wanted to thank each of you that contribute to the discussions each week.  We have read a lot of fantastic feedback, and the discussions have presented various views that are worth debating.

Over the past week, we have had to endure the sad news of Hiroshi Yamauchi’s passing.  Many believe that he was the soul person that made Nintendo into the successful company that it is today.  Not only Nintendo, but also the gaming industry as a whole, as many have presented the opinion that he is responsible for saving the gaming industry from self destruction in its early years.  With his passing, Iwata has some huge shoes to fill as he attempts to maintain Yamauchi’s dreams of success.  Within this week, we have also heard EA’s Richard Hilleman bad mouth Shigeru Miyamoto reign as an integral asset to Nintendo’s success.  I am guessing that this is just the beginning of the stress that outside sources will place on Nintendo as a whole as they mourn the loss of Yamauchi.  Many have made it clear that Nintendo should go third party for games, leaving behind its console legacy.  Now, while they mourn the loss of Hiroshi, those outside forces might think it is the perfect time to attack.

My question for you is, Do you think that Iwata, Reggie, and Miyamoto can withstand the pressures from the outside and remain the Tri-Force of Nintendo?  If so, How do you think they will release the pressure?  Will we see more innovations now that Yamauchi is no longer there to give guidance, or do you feel Nintendo will play it safe?  Maybe, nothing will change at all? 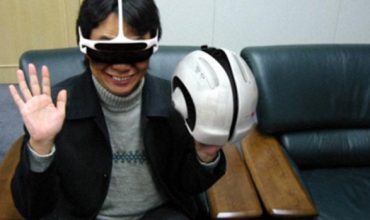 Nintendo Mobile Not That Exciting