Over the years, Nintendo has battled many competitors across the gaming universe and each foe has fallen to the wayside.  Sure, you can argue that Sony and Microsoft are hanging on, and I wouldn’t disagree, but in gaming years they are still infants.  Nintendo has been around much longer and has learned from trial and error many times over.  I would say that Nintendo has been around the block so many times that they can now navigate it blindfolded (I think we have all seen some of the errors caused by the lack of site), but they always seem to find their way home safely.

Many of their competitors seem to appear out of nowhere, and slowly sneak up on Nintendo, but this year is a bit different.  WeMade Entertainment, best known for the Legend of Mir series, has officially announced that they plan to dominate the gaming market, and compete directly with the consoles.

CEO, Namgung Hun stated that, “We will aim to become the No. 1 global game company, starting with E3. Combining WeMade’s core competency and experience, we believe our mobile game lineup will bring unforeseen changes in the industry throughout the globe.”

That is a pretty gung-ho statement from a company that began its career in the online market, and is now focusing on the mobile gaming market.  WeMade Entertainment was founded in 2000 and has become a powerhouse in the Korean online gaming market.  Their best known title is Legend of Mir 2, which has an impressive 200 million subscribers!  They have begun changing focus from online games to mobile games for Android and iOs platforms.  WeMade Entertainment plans on releasing at least 20 mobile platform games in 2012, eight of which will be showcased at E3. A couple of the titles that will be showcased are Viking Island and Chaos & Defense, as well as six others.  I have included a video of Chaos & Defense below, and I have to say that it looks decent but I cannot see it becoming “the game that brings down Nintendo”, or any other console for that matter.

In my opinion, WeMade doesn’t stand a chance at becoming number one in the gaming world.  They are challenging three very fierce opponents in an already cut throat market.  If they intend to compete with stand alone consoles with their mobile platform they will need to do at least the following:

1) Release games that everybody must have.  These would have to be games that people are lining up to play on the release date.  Whether they are MMORPG’s, Action Adventure, Sports, you name it, they have to be fantastic.

2) Consistency.  They cannot have a bad game in their portfolio.  Doing so could, and would, lose them the battle

3) Marketing and PR.  Without an eye catching Marketing campaign and in our face PR tactics, I believe that their goal of domination would fade into the shadows.

4) finally, they need to convince their 200 million Legend of Mir 2 subscribers to follow them on their journey.  Their cult following is the key to their uprising.

Honestly, I admire their ambition and wish the best for them.  I will definitely download a couple games from their portfolio when released, maybe on my iPhone and Droid Razr to see if there are any benefits from one device to the other.  What are your thoughts on WeMade Entertainment’s announcement?  Have you played any of their online games?  Do you believe they are just attempting free publicity for their presence at E3, and their upcoming portfolio? 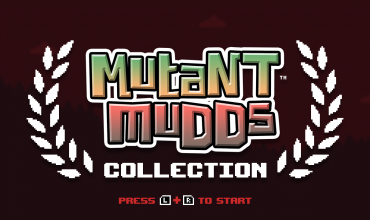