2012 is evolving into a fantastic year for Pokemon fans.  Not only will Pokemon Black 2 and Pokemon White 2 be launched, but two new games will be launched for the 3DS in the fall.

Pokemon Dream Radar allows players to take full advantage of what the 3DS has to offer. Features such as the motion control, 3D camera, and augmented reality will be used to help capture Pokemon.  To catch the Pokemon, you will use “beams” and once they are caught you can transfer your new friend to Black or White 2!  Pokemon Dream Radar will be a great tool to help build your team and even find some hard to get Pokemon!  Pokemon Dream Radar is expected to be available via download in the Nintendo eShop for the 3DS.

The next release will be the Pokedex Pro.  Sure, you might have a Pokedex now, however the Pokedex Pro features detailed information about the more than 600 Pokemon featured in the history of the Pokemon series!  Some features will include in depth sorting, comparison and ranking tools, as well as in depth detail on the abilities that each Pokemon can learn and how they evolve.  The Augmented reality feature will allow the user to take pictures of their Pokemon in real world setting!  The greatest part about the Pokedex Pro is that all of the Pokemon are available from the launch of the title.  Pokedex Pro will available this fall in the Nintendo eShop for the 3DS.

Now, these are not exactly games, per se, but rather add ons to Pokemon Black and White 2.  What are your thoughts on the two titles? 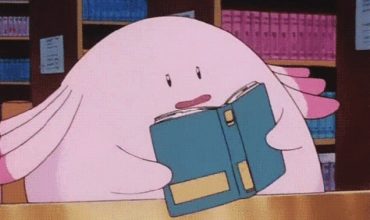