Fair warning, folks, this will be a review from the point of view of someone who prefers the N64 games above all else.

If you listen to Infendo Radio, it should come as no surprise that I’ve been wanting a return to basics for the Mario Party series for the better part of 10 years now. Over time, the series became something of a mess, with a number of gimmicks changing the core gameplay and twisting it into a koopa troopa shell of its former self.

Super Mario Party sets out to right those wrongs – starting with a return to the traditional board game mode. You collect coins, play minigames after every turn, and try to buy as many stars as you can in 10, 15 or 20 turns.

It should go without saying that I was nervous the entire time I started playing Super Mario Party. I kept waiting for something awful to happen, that moment when I realised “crap, they messed it up again.” Fortunately, for once, my fears were unwarranted. Super Mario Party is a blast.

There are some things that feel off. Boards feel a little smaller than before, although I’m not sure they truly are – it’s more that their shapes are less organic than older Mario Party Boards. Speaking of boards, there’s only 4 in this one, and one of them is locked from the start. Luckily, a traditional 20 turn game takes approximately 2 hours, so while being a little short of boards, each one manages to really pull you in while you play.

Stars also only cost 10 coins now, which is odd for old salts like me who expected them to be more expensive. What I quickly learned, however, was that this new lower price point makes the game more accessible to more players, as you don’t need to stock up your coins for too long before you can get stars. It makes the game faster paced, and gives you less of a buffer when you have a star – your opponent could get one soon, quick.

Everything else feels like standard Mario Party, in the best of ways. Minigames and fun and varied, and being forced to play with a single joycon never feels like a chore. It actually harkens back to the simplicity of the original games, as most minigames rely on a single control stick and a few button presses.

There are a number of quality of life upgrades as well. Minigames can now be practiced on the same screen that has the rules, so you can see how a game functions before jumping in, without having to load previews every time.

The new buddy system mixed with the new dice system is certainly gimmicky, but it actually works really well. In addition to the standard 1-6 die, every character has a custom die. They can choose to roll these alternate dice every turn, usually taking a risk for a greater reward. When you land on a buddy space, you get a new buddy on your “team” who will give you their die to use, and also add 1-2 to every roll you make. Collecting buddies allows you to move much farther towards the end of the match, and it’s honestly just a lot of fun to do.

Speaking of buddies, there are some minigames that allow every buddy to participate. These are some of the most fun moments in the game. I played one minigame called Lit Potato that is, as you would imagine, hot potato. It very much reminded me of Hot Bobomb from the earlier games, but with a twist – all of your computer controlled buddies play too, and they play representing you. It’s really cool to have these massive team events where everyone’s competing alongside you – it just works.

At the end of the day, that’s what’s so great about Super Mario Party – it just works. Every optional mode works really, really well. It’s just a really fun time, and for the Mario Party series, that’s such a welcome change of pace. There’s plenty to do, and the game tasks you to do it all – there are rewards for completing everything in every mode, and you can tell the game wants you to explore every nook and cranny of itself.

The lack of an online board game mode is still a bummer, clearly, but all in all, this is a really solid entry in the series – If you’re a Mario Party fan, or even just a fan of party games, this one’s a slam dunk. And if you’ve never tried Mario Party before (shame on you), this is a solid entry to the series. Finally.

Classic Mario Party is back in all the right ways, but even the new modes are really fun. There's some nitpicks, to be sure, but this one easily finds its place amoung the other best entries in the series.
4.5 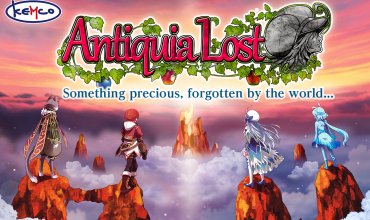 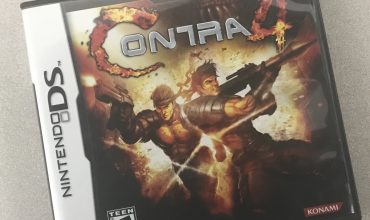