Do You Know The Way?

The Way Remastered is, you guess it, a remastered version of the 2016 PC  game The Way. The game is best described as a puzzle/platformer, usually requiring the player to explore specific, unique areas to progress. There’s a lot to experience in this title if that sounds like your cup of tea, but does it work on a broader scale? That will largely depend of your tastes for this sort of game.

The Way Remastered focuses as heavily on the platforming aspect as it does the puzzle mechanics, which is a welcome change from most games of the genre. While the game is very linear, there is a certain level of joy to be derived from exploring the beautifully sprited locales the game has to offer. The Way Remastered also offers voice acting, which does a lot to improve the overall experience of the journey.

The story is touching; a member of a space-exploring crew, you seek to return to the planet rumoured to have the key to bringing your dead love back to life. While The Way Remastered is a narrative heavy game, it never shoves the story in your face. Rather, it prefers to show, not tell, and this technique works heavily in the game’s favour. The plot unravels over time, in a very natural and comfortable way.

The Way Remastered also builds up as you progress. Initially, you’re rather crippled in your ability to interact with the world. Part-way through the first section, you’ll acquire a weapon, which you will then rely on heavily, right up until you eventually lose it later in the game. The way the game encourages you to rely on this new mechanic, only to take it away from you later on was particularly interesting, and keeps things feeling fresh early on. There are lots of surprises to be had in The Way: Remastered, and the boss battles are particularly enjoyable and engaging.

Unfortunately, our review copy of The Way Remastered fell victim to a known bug twice. Once, we were unable to move our character, and had to reset. Fortunately, we the game does a good job of autosaving, and we lost no progress. However, during the second boss battle, the game crashed.

This sent us back about a half an hour earlier, interestingly enough to where the game soft-locked the first time. While disappointing, the developers have acknowledged the issue and are rolling out a fix. Hopefully this won’t be a deal breaker if you’re looking to play The Way Remastered for yourself.

There were a couple of nagging issues besides those bugs that made The Way Remastered a little awkward to play, however. As much a result of the genre of the game as anything, falling from a certain height will spell instant death. In fact, there’s no health at all. Fall damage in a platformer is always a contentious issue, but it’s understandable in The Way Remastered.

The game balances this harsh punishment system will instantly re-spawning you almost exactly where you died. This keeps you from losing much progress and keeps you moving forward. This is also kind of a mixed-bag, as it keeps the game from getting slow or repetitive, but severely limits the game’s ability to punish you for acting incorrectly.

Every wrong choice is met with swift, yet almost inconsequential punishment that makes you feel as if your actions don’t have much consequence, a usual staple of games that push story over gameplay. None of this is really a fault, as much as it is a conscious game design choice, but an odd one none the less.

All that aside, The Way Remastered is really enjoyable. The gameplay, while not complex or overly engaging, keeps you thinking and feels very fluid and natural. The story is touching and well written. It’s clear the developer had something they wanted to get out through this game. There’s a lot to like about this game, if you go into it with the right mindset. It may not be the kind of game everyone will enjoy, but if you find yourself in the former category, you might find a really special experience with The Way Remastered.

Looking for a podcast that’s all Nintendo, all the time? Check out Infendo Radio!

The Way Remastered is really enjoyable. The gameplay, while not complex or overly engaging, keeps you thinking and feels very fluid and natural. The story is touching and well written. It's clear the developer had something they wanted to get out through this game. There's a lot to like about this game, if you go into it with the right mindset. It may not be the kind of game everyone will enjoy, but if you find yourself in the former category, you might find a really special experience with The Way Remastered.
3.5 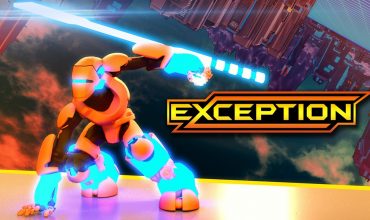 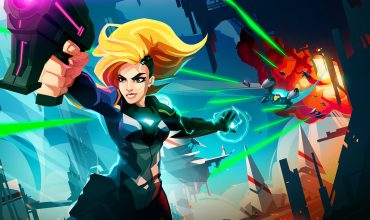