Mutant Mudds Collection is a collection of two of the games that put Atooi on the map, and a bonus brand new puzzle game taking place in the same world. At only $14.99, this title is a deal that should not be passed up by any retro platforming fan. That’s right, for $5 each, you get two formerly $10 games, and a third game that has never before been released. Can’t go wrong there, right?

Mutant Mudds Deluxe
You play as Max. Your world has been invaded by the evil alien race known only as the Mudds. Armed only with your water cannon, you task yourself with sending the Mudds back to their home planet.


This game has been out for some time now, gracing such consoles as 3DS, Wii U, Playstation Ecosystem, and even iOS. This game was originally 20 very well designed levels with plenty of hidden secrets, and 100 diamonds to collect in the main part of the level. Later updates saw the release of a second, hidden area, as well as 4 brand new characters to play as, and 20 additional ghost themed levels where you could not kill the Mudds.

What sets this series apart, is how you platform. Most games of this genre have you moving from left to right in a single plane. Not this game. One plane isn’t enough. This game has you jumping from the main plane, into the foreground, back to the main, and then into the background. While this effect was most impressive in stereoscopic 3D on the 3DS, I assure you it is still simply stunning in beautiful HD. One complaint I had about the original handheld versus the Wii U version was fixed as well. In Wii U, you could see your entire screen all the time. On 3DS, you could see 80% or so of your screen, due to the resolution difference between the two systems. On Switch, you get the same visuals of the Wii U, whether you’re in Docked or Undocked mode. Quite a nice change.

The levels start out easy, but the difficulty curve spikes early. By the time you reach the seventeenth to the twentieth levels, you are facing challenges only dreamed of in the games opening levels. But, you also have power ups that are unlocked with diamonds you can use to help you through the game. The only catch, is you can only use one at a time. All of the non secret areas and ghost levels are designed to be able to be conquered without aid of these. The first round of hidden areas (aesthetically designed to look like Game Boy and Virtual Boy native games) require the use of a single power up to gain access to. Once inside, you are required to use the abilities of that power up to get through the hidden area. The second set of hidden areas, can only be accessed with the use of 2 of the 3 power ups (which is possible after clearing the main game). Once inside you will find yourself faced with some of the toughest challenges this game has to offer.

The ghost levels behind the mirror are designed to be bested with no power ups, but I assure you, you’ll want to use all of them. They’re tough. The Mudds here CAN’T BE KILLED. You can occasionally get an upgrade to your gun that let’s you temporarily make them disappear, but they reappear quickly for revenge.

Mutant Mudds Super Challenge
You thought Mudds was tough? You ain’t seen nothin’ yet! After clearing out his neighborhood, Max travels to the crash site of the Mudds ship, in order to stop the invasion once and for all.

This game is merciless! Taking place immediately following the events of Mudds, the difficulty of this game takes place immediately following Mudds as well. This game has no tutorial, because it assumes you have completed Mudds before you even start it up. All of your power ups are available at the beginning, but only one can be used at a time. This time, though, this game is trying to kill you. All the time. These levels are insanely difficult, and expertly crafted. When you die, it’s because you messed up. Your timing was off. You never get frustrated because the level designs are unfair, but because you’re mad at yourself for missing that jump. Or getting hit one too many times.

Like it’s predecessor, you will visit a variety of locales, from the green forest of the opening area, to the ice levels. Each world even revisits the horrors of the afterlife like the last game did. What’s different this time, though, is the epic boss battles waiting at the end of each world. Not unlike Dracula at the end of Castlevania, these bosses will kick your face in, spit on you, and laugh in your face as they kill you time and time again. Did I mention the death counter in this game? No? My bad. Every time you die, not only does the game count, it makes you watch the count rise as it laughs at you!

I love this game. I’ve owned it on 4 different platforms, and I still can’t conquer it. The amazing part is that I keep coming back for more. Oh, and the hidden areas are back too. But this time, they hide hidden characters! Everyone from Shantae and Shovel Knight (I know, but it’s cool to see them in this type of platformer), to Spelunky Guy and Scram Kitty. Nearly all the old faces are here. And they are hidden incredibly well. Not only do you have to get inside the hidden area of the level, you have to look at…just the right spot…to find the door you are looking for! (You really need to play it to get the joke)

Mudd Blocks
Let’s relax after all this saving the world stuff and play a game.

Developed exclusively for Mutant Mudds Collection, Mudd Blocks is Puyo Puyo set in the Mudds universe. With new power ups, and a two player split joy-con mode, Mudd Blocks is the perfect companion to the already amazing Mudds games. Atooi even made this game cooler by making it one of the first games you can play with the Switch standing vertically instead of horizontally. I would gladly pay $10 for this one game by itself. So $14.99 for the three of these games together?

Final Thoughts
I’ve gone on for much longer than I originally intended to in this review. I guess that speaks to just how amazing this game is. When I played on 3DS, I longed for the full screen the Wii U offered. The Vita Version gave me that, but lacked cross save so I could play on the TV or on the go. The collection on Switch satiates all of those needs, and gave us a bonus puzzle game. Why are  you still reading this? Grab your Switch and buy this game! Now! Go on..you know you want to. Final Score 4.5/5

I've gone on for much longer than I originally intended to in this review. I guess that speaks to just how amazing this game is. When I played on 3DS, I longed for the full screen the Wii U offered. The Vita Version gave me that, but lacked cross save so I could play on the TV or on the go. The collection on Switch satiates all of those needs, and gave us a bonus puzzle game. Why are  you still reading this? Grab your Switch and buy this game! Now! Go on..you know you want to.
4.5 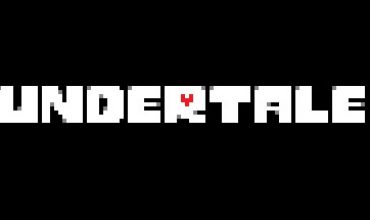