I told Blake once I arrived in Japan I would do a guide to buying the Wii- which was still quite sought-after when I left the US. After a few months I finally waded through the necessary bureaucracy to get my own apartment and so I figured what better day to grab a Wii than “Black Friday,” the worst shopping day of the year…
Friday the 23rd is actually “Kansha no Hi” in Japan, or “day of thanks,” but there’s no celebrating- you just get the day off of work or school, so I was free to plan my attack and grab that Wii- and after playing far too many hours I have sat back down to compile a guide to buying a Wii in Japan (or at least the Tokyo area- I can’t help you if you live in a field).

Step 1: Get up early (after the fact I learned this step can be ignored). I set my alarm so I could get out around 9am- The stores open at 10 but I wanted plenty of time to get to the ATM and withdraw money.

Step 2: Take out cash. Japanese electronic stores love it when you pay in cash- often if you pay with a card you don’t get as many points for shopping, and you can even get deals for using cash sometimes. Yes 7-11 owns a bank in Japan, in addition to the convenient stores, shopping malls, and grocery stores, but that’s another post (I actually don’t use their bank but I thought it was a good photo).

Step 3: Shop around! The shopping arcade kiddy-corner to my apartment has a couple of stores, so first I peeked into Tecc.site- a small off-shoot store of Yamada Denki (a very large electronics chain).
I asked a clerk behind the counter to see if they had Wiis in-stock. Being that it was “black-friday,” and a Holiday in Japan, there were still a chance that early Christmas shoppers may have snapped up the console.
“We have Wiis.” He said- so I decided to walk another block down to Llaox (a bigger electronics store) to compare.

Step 4: Verify Point-Cardage. Every electronics store chain has a point card. Basically you get one point for every 100 yen and each point is worth 1 yen. So if you spend 25,000 yen on a Wii, you can get 250 yen off on any purchase within the next year. Making any big purchases at electronic stores in Japan without a point card (even if it isn’t your own is like throwing money away, so I made sure to have both my Yamada and Llaox point cards on me.

Step 5: Make the choice. I’d been sour on this particular Llaox since the last time I went there the employee brushed me off pretty abruptly- and the time before that the person in the games counter was behind a shelf organizing something and didn’t notice me standing at the counter waiting to buy “DS Face Training” for close to 10 minutes. This time I wasn’t even sure I could see the game salesperson, and the store didn’t have some software I’d thought I’d buy. To top it off, no Wario bundle (or at least no ads for one). Back to Tecc-site!

Step 6: Pay and go! I grabbed a copy of Super Mario Galaxy of the shelf (naturally) asked for my bundle and shuffled home with a fresh new Nintendo Wii. I guess the Tecc-site people knew I’d be back, since my Wii came in a brown paper bag with the words “anata no kurashi ni, choudo ii-” which means “Just what you need for your life.” Even better was the translation on the bag “For your >> JUST.”

Next: How a Japanese SSID on your router means no Internet for your Wii!

More Wario Land: Shake It? Sure, here’s a video 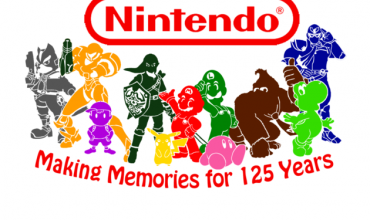