Come on Nintendo, you’re killing me here! If you didn’t have an Amiibo addiction before, Nintendo and Yacht Club have given you/me yet another reason to plop down $12.99. Introducing the Shovel Knight Amiibo!

Details are sparse on the gameplay unlocks this Amiibo will bring to the Wii U and 3DS versions of the game, however, the press release found below mentions cooperative play and exclusive relics amongst others.

If you’re interested, you can find the full press release below.

Shovel Knight Gets His Own amiibo! First Indie Game with amiibo Compatibility

One of Several Indie Announcements Made During Nintendo’s Nindies@Night Event
REDMOND, Wash.–(BUSINESS WIRE)– During a presentation at Nintendo’s Nindies@Night event at EMP Museum in Seattle, Nintendo made several announcements about the future of independent games on the Wii U and Nintendo 3DS systems. These announcements included the reveal of a Shovel Knight amiibo figure from Yacht Club Games that unlocks exclusive features for the hit game on Wii U and Nintendo 3DS, making it the first indie game to support amiibo technology. Other reveals at the event include the upcoming launch of Kerbal Space Program for Wii U early next year with exclusive features and functionality, first-look Wii U debuts for Hive Jump and FAST Racing Neo multiplayer game play, along with exciting details concerning each of these anticipated Nindies.
For the first time, exclusive to the Wii U version of the game, players can scan the Shovel Knight a …

For the first time, exclusive to the Wii U version of the game, players can scan the Shovel Knight amiibo and take on Shovel Knight’s quest cooperatively with a friend. (Photo: Business Wire)

“Not only do we have a robust slate of indie games launching in the Nintendo eShop, but these games also contain features that can only be found on Wii U and Nintendo 3DS,” said Damon Baker, Nintendo of America’s Senior Marketing Manager of Publisher and Developer Relations. “Creating an amiibo that’s compatible with all current and future Shovel Knight games shows that our strong relationship with independent developers is constantly evolving.”
“It’s been a great honor to work directly with Nintendo, creating a Shovel Knight amiibo that sits beside their most beloved characters,” said Yacht Club Games. “We are elated to expand the world of Shovel Knight, and to keep developing unique game-play experiences on Nintendo’s platforms.”
For the first time, exclusive to the Wii U version of the game, players can scan the Shovel Knight amiibo and take on Shovel Knight’s quest cooperatively with a friend. On Nintendo 3DS and Wii U, the amiibo can be used to level up and customize Shovel Knight with new visual enhancements, relics and abilities. These abilities can then be used in new, exclusive amiibo challenge levels. To top it off, the amiibo figure will be supported in future Shovel Knight games.
Yacht Club Games also revealed that the free DLC for Shovel Knight that lets players play as fan-favorite enemy Plague Knight will launch in September. Shovel Knight can be purchased in the Nintendo eShop on Wii U and Nintendo 3DS for $14.99. Packaged retail versions of the game for both Wii U and Nintendo 3DS will also be available in North America this October.
Graphite Lab and Black Lantern Studios showcased the first playable version of Wii U-exclusive Hive Jump, demonstrating exclusive features for the platform. Hive Jump is a fast-paced multiplayer action platformer for up to four players. Players engage in run ’n’ gun combat with swarms of aliens, all the while avoiding traps and collecting resources. The developers discussed how the Wii U Game Pad would be used in the game, as well as plans for amiibo support, which will be included when it launches in the Nintendo eShop on Wii U in early 2016.
To talk about FAST Racing Neo, Shin’en Multimedia joined the presentation to discuss multiplayer game play. FAST Racing Neo earns the title “Fast” by throwing players into a futuristic racer with hyper-fast anti-gravity vehicles. Up to four players can race against each other in split-screen local multiplayer, with up to eight racers able to participate in online multiplayer. (Additional controllers are required for local multiplayer.) FAST Racing Neo will launch exclusively in the Nintendo eShop on Wii U before the end of the year.
Squad’s Kerbal Space Program, with the help of Flying Tiger, was announced for Wii U and will launch early next year. A physics-based space flight simulator, Kerbal Space Program allows players to manage their own space program by building and flying spacecraft. In the Wii U version of the game, players can control their ship from inside the cockpit using the Wii U GamePad controller, as well as create flight plans with the touch screen and steer with motion controls. The critically acclaimed Kerbal Space Program will launch in the Nintendo eShop on Wii U.
Nintendo also announced the latest content refresh to the Indie Game Revolution exhibition hosted by EMP. Visitors to the Seattle museum are now able to experience new award-winning Wii U games, including upcoming and recently released content like Typoman (Headup Games / Brainseed), Year Walk (Simogo / Dakko Dakko) and The Binding of Isaac: Rebirth (Nicalis, Inc).
In all, 19 games were available to play at the Nindies@Night event at EMP Museum, showcasing a variety of content for all attendees. All these upcoming games and updates coupled with recent efforts like Nindies@Home further reinforce the growing support Nintendo has shown for independent developers. With numerous other indie games launching on Wii U and Nintendo 3DS in the near future, fans will always find a wide variety of Nindies to play on Nintendo systems.
Remember that Wii U and Nintendo 3DS feature parental controls that let adults manage the content their children can access. For more information about this and other features, visit http://www.nintendo.com/wiiu or http://www.nintendo.com/3ds.
About Nintendo: The worldwide pioneer in the creation of interactive entertainment, Nintendo Co., Ltd., of Kyoto, Japan, manufactures and markets hardware and software for its Wii U™ and Wii™ home consoles, and Nintendo 3DS™ and Nintendo DS™ families of portable systems. Since 1983, when it launched the Nintendo Entertainment System™, Nintendo has sold more than 4.3 billion video games and more than 680 million hardware units globally, including the current-generation Wii U, Nintendo 3DS and Nintendo 3DS XL, as well as the Game Boy™, Game Boy Advance, Nintendo DS, Nintendo DSi™ and Nintendo DSi XL™, Super NES™, Nintendo 64™, Nintendo GameCube™ and Wii systems. It has also created industry icons that have become well-known, household names such as Mario™, Donkey Kong™, Metroid™, Zelda™ and Pokémon™. A wholly owned subsidiary, Nintendo of America Inc., based in Redmond, Wash., serves as headquarters for Nintendo’s operations in the Western Hemisphere. For more information about Nintendo, please visit the company’s website at http://www.nintendo.com.

Link’s amiibo figure will be compatible with Hyrule Warriors 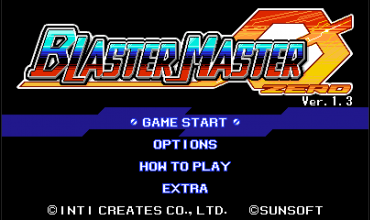