If youâ€™ve never played a Kingdom Hearts game, hereâ€™s all you really need to know: Disney heroes help a boy save the universe from evil. The boy wields a keyblade to bash thousands of pop-up minions called the Heartless. Youâ€™ll find melodrama, endless backstories, andâ€”beginning in part 2â€”a very bad idea called Organization Thirteen, but the soul of Kingdom Hearts is, and always has been, Heartless-bashing. If that central mechanic is fun, the game succeeds.

KH Re:coded succeeds in a big way. Focusing on fun gameplay, humor and solid replayability, itâ€™s a near-perfect portable Kingdom Hearts, and another addition to the DSâ€™s impressive adventure library.

My experience with the franchise sticks to basics: I loved Kingdom Hearts 1, enjoyed part 2, didnâ€™t like Chain of Memories and skipped handheld titles that strayed from the central Sora/Donald/Goofy storyline. With Kingdom Hearts Re:coded we finally get another Sora gameâ€¦sort of. You play as Data-Sora traveling through a corrupted cyberjournal record of Kingdom Hearts 1 and 2, trying to set things right. I donâ€™t think Iâ€™m spoiling anything by mentioning that the Heartless are involved, though the gameâ€™s heroes always seems shocked when they show up.

Based on an episodic Kingdom Hearts mobile phone title, Re:coded begins with a terrific music video of Simple and Clean (the KH theme song) that gives the impression the gameâ€™s going to be much longer than it really is. Though misleading, the video sets the stage for the high production values that follow; this game looks fantastic. The story is forgettable, but unfolds with humor and slick art. The truly spectacular fightingâ€”and thereâ€™s a lot of itâ€”controls well and never gets old.

Re:coded contains the most enjoyable upgrade system Iâ€™ve ever encountered. You donâ€™t automatically level-up in this game; you earn power-up computer chips which donâ€™t activate until you fit them into a huge, colorful, maze-like circuit board. Careful placement can double the effect or unlock cheat devices.

The battle upgrade system, in which you continually blend abilities to create more powerful attack options, is equally entertaining. Youâ€™ll end up spending every penny you earn on chips from the Moogle shops.

Those imaginative upgrade mechanics tie the entire game together, giving you incentive to revisit worlds to earn more cash and chips. Since the core fighting play is so much fun, seeking out new battles becomes a pleasure.

Re:coded benefits from quick pacing and variety. As you venture from world to world, the hack-and-slash quest is occasionally replaced by sequences of side-scrolling platforming, RPG turn-based battles, real-time strategy, word puzzles and a terrific Space Harrier tribute. Each gameplay twist feels like a natural fit for its locale, and keeps you wondering what lies beyond the next keyhole.

I have few complaints about this title. The camera sucks, butâ€”heyâ€”itâ€™s Kingdom Hearts. At this point in the franchise, constantly adjusting the camera actually feels like part of the gameplayâ€™s rhythm. The 3D platforming is as wonky as ever. I wish the main quest was a bit longer.

Overall, though, Re:coded captures most of the sagaâ€™s best features in portable form. The gameplay, atmosphere, interface and presentation recreate the unique Kingdom Hearts blend of joy and apprehension. This is a must-buy if youâ€™re a fan of the series. If youâ€™re a newcomer, I say give it a shot; itâ€™s probably the best entry-point weâ€™re going to see until KH1 gets remade for a new platform. The story wonâ€™t make any sense to rookiesâ€”whoâ€™ll wonder why FF VIIâ€™s Cloud is hanging around with Herculesâ€”but sense and Kingdom Hearts have never gone hand in hand. Just go with it; Kingdom Hearts Re:coded is one of the best looking, best sounding, and most enjoyable games available for the DS. Iâ€™d forgotten just how much fun keyblade battling can be. 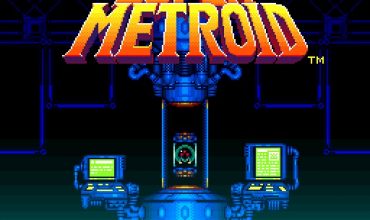 Epic New Project to be Revealed on March 27th