Sounding more bitter than a skunked beer, Wanted producer Pete Wanat puffed out his chest and fanned his feathers recently in an interview with Game Trailers Invisible Walls.

While the remarks were almost literally green with envy over Nintendo’s current run of success, they were also ignorant of how a successful Wii or DS title actually matures over time, and doesn’t blow its load in the first week like a blockbuster “mature” title on one of those other systems. He also decided it would be cool to speak for Sega regarding MadWorld, even though he has no existing connection to the publisher or its title.

But anyway, since he’s so eager to give out free advice, here’s some from a couple of Infendo editors, formulated during the lunch hour:

if you’re going to whine and criticize Nintendo like a 12-year-old boy who pulls the hair of the girl he really likes in class, at least have a resume to back it up. We’re truly sorry that your excessively violent, mediocre licensed movie games don’t sell as much as you think they should. And sunglasses inside? What is this, Vice City?

Infendo Radio 559 – My Microphone is too HD 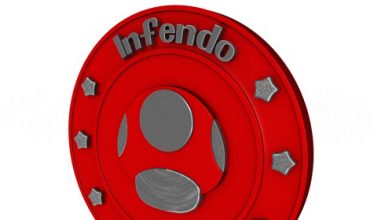