Nintendo has announced that it will shut down the Spot TV service (Itsu no Ma ni Terebi) on June 20th 2012, almost one year to the date of the original launch.  Spot TV is currently available on Spot Pass and allows gamers to watch free original programming in 3D.  Nintendo has not given a reason for the cancellation of the service.

Spot TV was only available in Japan, but I would loved to have seen a North American version introduced.  Nintendo has stated that users will be able to download clips of the programming via Nintendo video.   Although Nintendo did not state the reason for the cancellation of the service, I would guess that the high cost of creating original programming had something to do with it.

Has anyone here had the opportunity to view the programming on Spot TV?

On a side note, Nintendo has also confirmed that they will soon discontinue the aqua blue 3DS.  Once again, no reason was given for the discontinuation of the color.  The only clue given on the end of production was  “soon”.  I would suspect that ti will happen at around the same time as the new purple version is released.

Knowing Tekken will include a 3D feature film, are you more likely to buy? 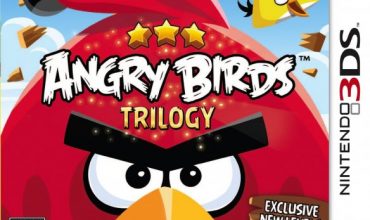 Find Mii review: Is the ending worth the effort? (Spoilers!)