Once again, Ubisoft has vocally displayed their dismay in the Wii U console.  Previously they took away exclusivity of Rayman Legends and decided to spread the wealth with the Sony and Microsoft.  Now they are reiterating their hopes for a Wii U price cut so that more gamers can buy the Wii U…then buy more Ubi games…

“Always. We always want the hardware to be at a low price because we want as many fans as possible to afford to buy our games, so that’s for sure. We think that Wii U will find its public at some point. Some were expecting sales to be quicker but we are optimistic.”

Ubisoft is using some basic logic in their assessment.  If more consoles sell, then more games will sell.  Although that is obvious, I feel as though Ubisoft is finding every excuse to not work with Nintendo.

“I think Nintendo has said that the Wii U sales in general were below expectations originally and the software tie-in ratio is also stable, so I think that when less machines sell, less games sell.”

Both of the above quotes are from Ubisoft’s Exectuive Director for EMEA Territories Alain Corre.  I have to wonder if he has some inside knowledge that the Next Gen Sony and Microsoft consoles will be less expensive than the Wii U.  I highly doubt they will, yet I have a feeling he will not complain about their high price tags.

Do you feel that Ubisoft has become the voice of the industry, or are they becoming the crazy old guy on the corner screaming at his invisible enemies?

Will Ubisoft’s Rants alienate their fans, or do you think it will all blow over when the next consoles release? 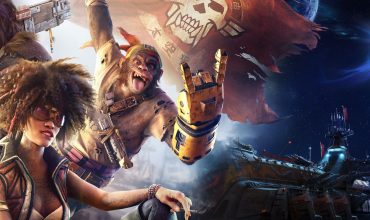 I think I have a problem, I’m pretty sure that I’m going to be buying Rayman Origins for a 3rd time.