…and laugh is what I hope you all do at the following recollections of what surely should be impossibilities in the world of gaming. That’s what we’re thinking anyway as we cruise down the tracks of Mario Kart 7, forgetting that anything can and will go wrong by the time we power down. “It’ll never happen to me,” we think as we chuck all three of our useless, revolving green shells, given to us in 5th place, making room for that upcoming item box. They rocket off the map, seemingly gone for good…until one shoots right back onto the map, having ricocheted perfectly off of a distant wall, and slams right into you as that item box yields a Blooper – against human players. Oh, Mario Kart, you can be such a cruel mistress.

Then there’s the 7 impossibility. The kind of moment that makes you slowly let go of the A Button in disbelief, causing your kart to grind to a slow, sad halt. Imagine if you will; things are looking good. Third place, and behold – a 7! You’re about to mash the button to get to that Red Shell and Star when another racer slams into you causing you to spin out – but how? Oh, right – there was a one out of seven chance that they’d bump your star, then bump you, and the odds were in their favor. Or there’s my personal favorite: the one who deliberately bumps the Bob-Omb (because believing it to be an outright kamikaze attempt somehow makes it more bearable than an accident), and destroys both your chances of winning on the final lap. “It won’t happen to me….nah.”

Nor would the Red Shell that launches without a hitch, hones in on the racer just ahead like clockwork…and then gets confused for some reason (because what Red Shell isn’t entitled to an off-day every once in a while?). You watch as the Red Shell kicks it into reverse and rams right back into its user as if it were Link’s Gale Boomerang in the middle of PMS.

Ah, the woes of Mario Kart 7…luckily don’t last for long. Every now and then it’s great to just sit back and reminisce about things like the aforementioned “impossibilities.” Mario Kart’s not going anywhere, and it’s one of the greatest sources of accidental comedy that gaming can provide. What fun is it to keep all these crazy, random, and utterly hilarious Mario Kart tales to ourselves? That said, I once again implore all you readers and fellow racers to share your stories and have the kind of laugh that only Mario Kart “impossibilities” can provide. Start your engines! 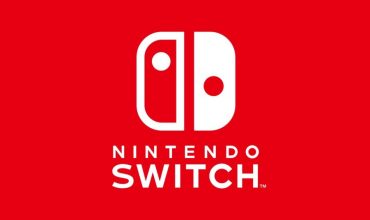