Coming off of the excellent Xenoblade Chronicles, you would think that Monolith Soft would have another RPG title in the pipeline. Well, they do, but it’s now what you might expect.

In the latest Famitsu magazine, Kouji Ishitani and Souichiro Morizumi of Monolith Soft revealed that the next title to come from the studio will be none other than the Namco/Capcom/Sega crossover title Project X Zone. Strange that a Nintendo owned company would be the development house for a game containing so many iconic non-Nintendo characters, but if it means another great game for 3DS, count me in.

The interview was focused mainly on the gameplay for Project X Zone, and the strategy RPG seems to be shaping up nicely. Battles are grid-based with an overhead perspective, and when an enemy is attacked on the map, you will enter a side-view battle scene where combos can be performed via d-pad and face buttons.

I really hope this game receives a western release, and I sure hope it doesn’t take an Operation Rainfall level effort to make it happen. Does this 3DS title look at all interesting to you all of the Infendo Nation? 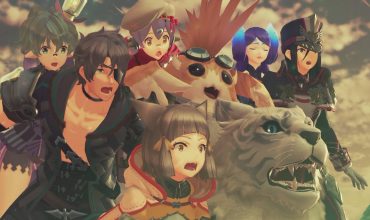