The Legend of Zelda is a game series with a history of over 30 years, and in that time the series has done a lot to expand upon itself. From the ever growing multiple timelines and self-referential story-lines to basic game mechanics, each Zelda title inherits a lot from its predecessors. There are, however, some things that just didn’t survive the overwhelming growth of the Zelda universe. Here’s a look back at some of the things that you won’t see in present-day Zelda games.

The idea of Link being musically inclined has been a staple of the Zelda series since Link’s original outing on the NES, in which he used a flute to activate a couple of isolated secrets. This tradition carried on through A Link To The Past, and became the key gameplay mechanic of Ocarina of Time and its direct sequel, Majora’s Mask. Wind Waker would attempt to carry the torch with its titular baton, but it just didn’t have the same impact as the time-traveling Ocarina. And while Twilight Princess and Skyward Sword each had a small musical component, it was clear at this point that the music had really died.

2D Side-Scrolling (and leveling up)

Love it or hate it, Zelda II: The Adventure of Link did something truly unique for the Zelda franchise by making this game a 2D platformer/RPG. Not only was this the only canon Zelda title to-date that played more like a Mario Bros game, it also gave Link the unique ability to level up his Attack, Life and Magic through an experience point-based system. No other Zelda game has gone this route, no doubt due to the general distaste the gaming community had for this game, but both aspects were unique and interesting enough to be mentioned. It should also be noted that until Breath of The Wild, this was the only Zelda game that allowed the player to jump on command.

It’s been speculated that the reason Ocarina of Time began with Link as a child was to help ease players into the transition of playing as an adult Link. Up until this game, every previous Link had been a young boy. Once again, Wind Waker would carry Ocarina of Time’s torch, proving to be the last console game to star a young Link. Twilight Princess, Skyward Sword and Breath of The Wild would all feature a more grown up Link, which seems to be the new normal for the character. Even Smash Bros has given up on the little tyke, preferring his grown-up counterpart. It should be noted that most of the side-games such as Minish Cap, A Link Between Worlds and practically every other handheld iteration has kept Link young, but as far as console games go, he’s all grown up.

One of the most interesting aspects of Skyward Sword was the ability for the player to finally make small personal choices as they played the game. Cut-scenes would occasionally give Link a choice between a few text options which, while having no impact on the long-term story, would elicit different responses from the characters he was speaking with. One of the more interesting choices in the game was the ability to confess your love to Peatrice, an NPC who you would frequently interact with throughout the game. It may seem small, but at the time, it seemed to promise much bigger things for future titles. The idea of shaping this silent protagonist’s adventure in unique ways was certainly an interesting one. Unfortunately, by the time Breath of The Wild came out, it was clear that this was more of an experimental gameplay mechanic than something more substantial.

Continuing the vein of Skyward Sword’s unique mechanics, we have motion controls. This is a much-debated one between fans, with some people loving the feeling of swinging a sword in real-time, and others protesting that it was a poorly-executed gimmick. Truthfully, the origins of motion controlled Zelda begins with the Wii version of Twilight Princess, which swapped the traditional sword button for a quick flick of the wrist. Skyward Sword made this idea a true gameplay mechanic, having enemies that would need to be attacked from a particular direction. Unfortunately, the imperfect nature of the Wii’s motion controls left something to be desired, and again, by the time Breath of the Wild was released, Link was back to pushing buttons to swing his sword. That being said, motion controls have become a staple for aiming with the bow (or other long ranged weapons), and it feels amazing.

Breath of the Wild – What’s Going To Stick?

Let’s end this collection of thoughts with Breath of the Wild. The game introduced a ton of new ideas, and some of them are bound to be recycled or perfected-upon by future games. The most obvious mechanic to discuss is the game’s open world gameplay, which revolutionized how a Zelda game is played. We also have outfits that determine stats and skills, breakable weapons and shields, a lack of dungeons or unique bosses, healing and receiving buffs through food (which can be cooked), removal of healing hearts, rupees no longer being found in grass, and the use of climbing and paragliding. Another interesting mechanic to keep an eye on will be a stamina meter, which got its start in Skyward Sword, but was certainly perfected in Breath of the Wild.

It will be interesting to see what continues on down the line as this ever-expanding series continues to grow and change. Who knows, maybe some of these long-forgotten mechanics will make a return in the next game. That’s the magic of the Legend of Zelda series: You never know what’s coming next. 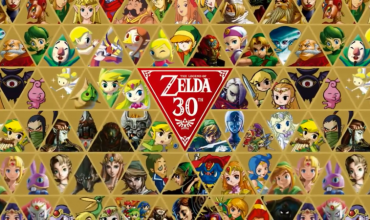 I Can’t Stop Thinking About New Legend of Zelda