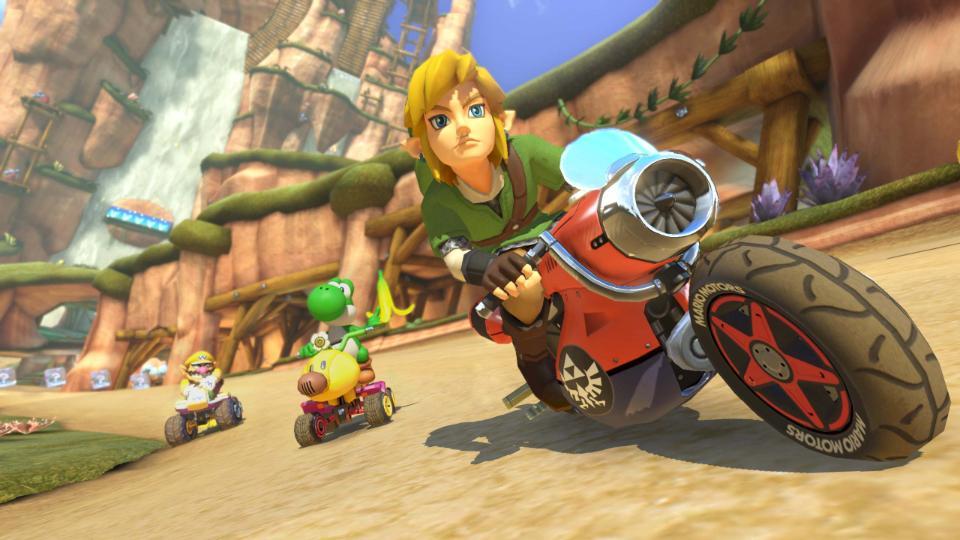 History will be made this November: for the first time in a Mario Kart game, Link (…from the Zelda series) will be hitting the tracks. The new character comes as part of a DLC pack that’ll also unlock a couple of new cups with brand-new tracks to race on. If my instincts serve me, the new cups will be a Yoshi’s egg cup of some sort and a Triforce cup.

This Spring, Isabelle and the Villager from Animal Crossing will also make their debut at the starting line in a second DLC pack, which will also include another two brand-new cups: an Animal Crossing cup and a Super Bell cup.

Cat Mario, Cat Peach, and Dry Bowser will also find their way into Mario Kart 8 through these DLC packs, though I’m not sure where. You can pre-order the DLC packs right now, individually for $7.99 apiece or together for a discounted price of $11.99.

Personally, I’m thrilled to know I’ll be racing as Link later on this year, and the new courses will have me racing back to Mario Kart 8 in a flash. But what about you?