That was a blast, now here’s the summary. Hey, what’s that in bold?

Iwata went on about how disruptive they are being, as Blake mentioned. Alot of horn tooting ensued with talks of the DS and Brain Age’s appeal to the young and old. Metroid Hunters explanations and demos took place. Multiplayer Brain Age and Metroid goes on, Will Wright included. They revealed the DS Zelda that’s been hiding from us for so long (explained in previous post). Iwata spoke about the Revmote, its origin and whatnot; 15 people were involved in creating it. Prototypes of the revmote are displayed. Iwata informs us that it was very expensive to make the Revmote, and the nunchuk attachment was added after the Metroid Prime creator was disatisfied with the Revmote alone. Explains how retro downloads will be new to younger players, classic to older ones. Sega Genesis titles will be on the Virtual Console, as well as several Hudson Soft games. He says 50 and 60 dollar games are too expensive; graphics shouldn’t be the focus. The new Mario and Metroid games will be played in an entirely new way. The virtual console will be similar to iTunes with its downloads. They’ve disrupted handheld and wireless gaming, in a few weeks, at E3, they’ll disrupt console gaming.

Matt Casamassinaâ€™s crazy hair has taken over his brain 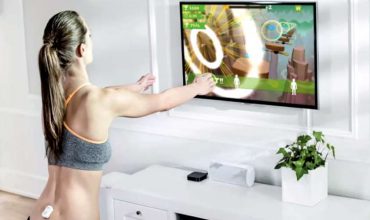