Well guys, it’s finally here! Velocity 2X has come to the Nintendo Switch! Here’s how I came to know anything about this game. September 2nd 2014, my buddy Earl brought his PS4 over for me to try out. One of the game he had received for free, though Playstation Plus, was a game called Velocity 2X. We decided to try it out. We fired it up, and took turns passing the controller playing the different levels. I immediately picked up on the game, and decided to see if it was available on PS Vita, since a lot of the games that came out at the time were cross play/cross save. It was! I downloaded it, and immediately began to play it. By the end of the weekend, I had completed the game. I had fallen hard for Velocity 2X. So much so, that I went onto the Playstation Store and found that Velocity, the original game, was a Playstation Mini that was playable on Vita. I bought and completed that game as well.

I’m not going to dive too deep into the gameplay of Velocity 2X. I believe part of the reason I enjoyed this game as much as I did was because I went in truly blind. What you need to know, however, it is has 2 distinct parts to it. Part of it is a bullet hell ship shooter, with a unique twist. The other part of it is a Contra swin stick style platformer. By that I mean you are getting from platform to platform, using a jump button and a control stick, while shooting with the right stick. This section of the game also has a unique twist to the usual genera. The twist, is you are required to warp slightly ahead of or behind where you currently are. But, in either section, you are racing the clock in order to get a fast time.

The levels are scored in 4 sections. As a ship, you are required to collect x amount of survivors floating in space. As a human, you are tasked with collecting purple crystals. You are also scored on overall time, and overall score. To get all the EXP out of a level, you must attain an “A” rank from each of the 4 sections. As much as I love Velocity 2X, I am nowhere near good enough to 100% this game. That is something that takes a lot of patience, time, and strength at Sonic games (looking at you Lukas) to achieve.

The soundtrack is phenomenal! So good in fact, that I purchased the soundtracks for Velocity and Velocity 2X off iTunes back when the game released. I have also featured the music from this game on Episode 456 of Infendo Radio, and as the bumper music for Episode 460 of Infendo Radio, recorded live over at Twitch.tv/InfendoRadio.

Velocity 2X originally had 2 DLC packs that could be purchased separately. From what I can tell at the time of writing, these are included with the purchase. In addition to those, there is also a Daily Sprint mode that updates every 24 hours, complete with leader boards to see where you stack up. That, from what I can tell, makes up the complete edition of the game, which was eventually released as a standalone disk/cartridge for PS4/PS Vita.

I can not help but recommend this game to anyone that enjoys an arcade style game. I have thoroughly enjoyed it on PS4, Playstation Vita, and now on Nintendo Switch. Nintendo Switch is the perfect place to play this game, be it on the go or on the TV.
4.5 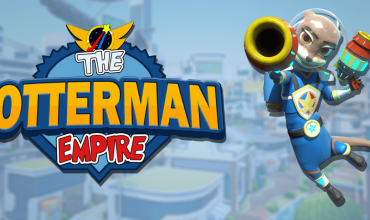