For listeners of Infendo Radio, it’s no secret that I am not a huge fan of Donkey Kong Country Tropical Freeze. My wife and I played through the first three worlds together on Wii U. I played as Diddy, Dixie, and Cranky, and she played as Donkey Kong. Together we were able to conquer a lot of the game, but my goodness was it a frustrating experience. There was lag between the Wii U controller and the Wii U itself (Which I first noticed in Bit Trip Presents Runner2…Future Legend of Rhythm Alien). And with as difficult as the game was designed to be, even without the lag, it was a maddening experience to say the least.

Fast forward to 2018, and Donkey Kong Country Tropical Freeze was one of my two most anticipated games. And boy did I see flac from my co hosts. How could I, the great hater, be excited for a game I hated as badly as I did. That’s something I’m still having to defend today. And here I am. Read on, and defend myself I shall.

The first thing that makes this different, is the console it’s on. The Nintendo Switch is an amazing platform, that regularly breathes new life into old, tired, run-down games. Not to mention nearly every port of a game that comes to Nintendo Switch outsells it’s original release. This was true for Shovel Knight, Steamworld Dig, and the list goes on. One thing I’ve come to learn, is the console a game comes on, really makes a difference on the experience. Playing the game on a not popular system, and playing the same game on the latest and greatest, really do make a world of difference. Especially lag free.

In this game, there are two different modes. Original Mode and Funky Mode. Original mode is the same, classic, tough game you know and love. It has all the challenge, all the Kongs, and all the bananas the original game had. Funky Mode, is the new Easy Mode, for lack of a better mode. You have two choices in this mode. You can play as Funky, who has a whopping 5 hearts, or you can play as Donkey Kong and the rest of the family, which each primate having 3 hearts instead of the usual 2. So how does co-op work? Even playing as Funky Kong let’s you play with a friend. Player 1 plays as Funky, and player 2 assumes control of Diddy, Dixie, or Cranky. It’s a rather strange pairing, but it seems to work well overall. Funky has all the abilities of all the Kongs combined, so he had no use for a partner, but his moves are slightly different. Dixie has her helicopter hair spin, but Funky can jump that high from the start and then glide down. It takes some serious time to get used to.

And the music! The return of the original composer of the Country series. Man was that welcome. I didn’t care for the music the first time around, but I believe that has more to do with my hate of the game, than the music itself. Since picking up this release, man have I been enjoying this soundtrack. Click here to hear my favorite song in the soundtrack.

There’s really not more I can say about this game, other than ask you one simple question: Why are you still sitting here reading this? Get out there and get playing. This game is an absolute must have, and worth its entire $59.99 price tag. Final Score 5/5

There's really not more I can say about this game, other than ask you one simple question: Why are you still sitting here reading this? Get out there and get playing. This game is an absolute must have, and worth its entire $59.99 price tag.
5 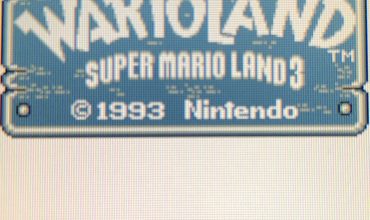