Hey y’all!! Colt is back with another review! This is a little video game called Exception, and I CANNOT wait to talk to you about it so without further ado, let’s get to it!!

Exception is a 2D platformer where you play as a thread in a computer that is getting attacked by a virus. You’re armed with a sword as you slash your way through enemies and bosses to save the system and find your true self.

Let’s get into the Pros:

This game looks so colorfully beautiful. I love the neon blues, oranges, yellows, and reds, it’s so pleasing on my eyes. It adds some energy to you as you play the game and makes everything look electric! The background music is very good and gets you pumped to keep playing and try to clear levels faster and faster, hoping to beat your previous time even if it’s just by .01 for that extra star. you have a chance to get up to three stars for clearing each level, and every 20 stars you get, you unlock a new attack move you can use. Guys, I can honestly say this is the first game I have played that I have replayed levels multiple times just to end it perfect. If that doesn’t speak to the level of house fun these levels are I don’t know what will! The levels are quick; less than a minute to clear, which means whenever I have a 10 minute lull I turn this on and crank out a few more to advance. Finally, we got the story. The story is very original and an interesting take on computer viruses. Being a computer technician myself, I found it very enjoyable to think a virus was a bunch of bad guys that threads try to defeat to save the system as a whole. On top of that, this game gives a ton of existential, moral questions the main character thinks about which I think we all do from time to time. As a thread in a computer core, it really made me reflect on my own life and think hard about bettering myself, especially when its questions normal people have throughout their days (no spoilers, of course!)

I spent countless time trying to find an issue I had with this game and y’all, I REALLY can’t. After my tournament on Tuesday, this has been the only game I have picked up and played and it has hooked me SO HARD, I don’t want to stop playing until I see the end!

Guys, this game is $15. Honestly if it was $25-30, I would still think its worth it with all the gameplay I’ve enjoyed from it so far. I can honestly say this has gotten into my top 3 2D game list along side of Celeste and Hollow Knight. If you enjoy 2D’s, platformers, or computers I strongly urge you to pick this game up, you WILL NOT regret it! Many of hours will be invested for sure!

Alright fam, you know what to do! Let me know what you think and more important, let me know your thoughts if you pick it up! I love to hear them.

Until then, GAME ON!! 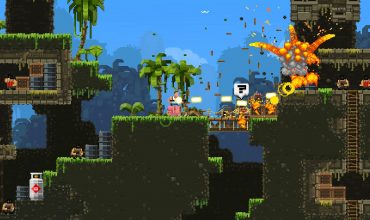