Hey there guys, Colton coming back atcha with another review! This one should be pretty quite so without further ado… 3 2 1 GO!

Broforce is an action packed, gory, side scrolling shooting game with a sprinkle of comedy. You are part of an elite military force called The Broforce and your mission is to clear each level of all of the terrorists in order to save America!

Throughout the levels, you will find your other “bros” held hostage in which you can shoot the cage down and free them. Every time you do, you gain an extra life for that level as well and randomly change to a different bro. Each bro is a satirical representation of a famous character from iconic 80’s and 90’s movies like Walker Texas Ranger, Blade, and even Men in Black. Each character has a unique main weapon and limited attack whether it’s grenades, rocket launchers, or even dynamite shoved into a cooked Turkey. each act has three levels where at the end of those three you will fight a mini boss and, after that, take control of that area again. Being a platform based game there are very clear ways in which you go about scrolling through the levels HOWEVER, you can actually destroy the entire are and create your own paths! That tied with being able to climb walls really adds to new and interesting way on how you want to complete the level. You can go through and blow everything and everyone up, or, you can be as stealthy as possible and go through the ground to get to that final checkpoint. along the map there are flag poles that are your checkpoints after you cross them and raise the flag so later on when you die (which you will do A LOT) you start for that point.

Lets start with what I don’t like, because there honestly isn’t much. The only thing I don’t like is you’re randomly given a bro to play the level as, as well as randomly assigned a new bro when you save your captured bros. This adds a new level of difficulty that, while it does make you think of new ways of approaching a situation, most of the time you just end up dead and slightly frustrated. If there was some way to even just choose what bro you become when you save someone it would make the experience perfect. Even with that, this really isn’t a big deal, you replay a level a couple times and you’re good to go.

This game overall is a win for me. The voice that yells everything is hilarious and as you continue to die and restart, he starts changing up what he says which just adds to the humor. This game knows its satire and it’s not afraid to flaunt it. Ontop of the comedy though, it’s a pretty great game! As I said earlier you unlock multiple characters who all have their own types of weapons which makes it a blast to run around, kill the enemies and blow through the entire world as if you’re on a felled rampage/carnage fest for ‘Merica! Having all the characters it makes you think, sometimes you can’t just run into battle and shoot everyone on sight, sometimes you have to climb above them and go around the other side to surprise them, or even use exploding barrels to wipe out a section of the area.

This game is rated M and has quite a bit of violence and blood and gore in a tiny, 8-bit fashion, but if you of age and want a fast paced, funny, all around good gaming experience with surprisingly decent battle music for the boss fights, this game is something you should definitely look at. It may not be a game you sink hours into but you can quickly get through levels in minutes if you have random time to kill but not enough time to put into another game. Especially if it’s on sale, do it, you’ll thank me later Bro! 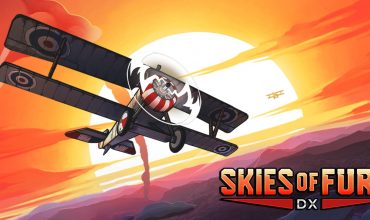 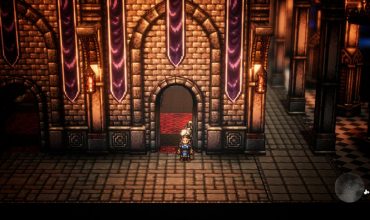