Club Nintendo’s been around for a while now. We’ve all (or at least I hope we all) have been punching those first-party game registration codes into the site for years in hopes that someday, some amazing reward will catch our eyes. Don’t get me wrong – there are some great rewards on the U.S. site, but a quick Google search yielding Japan’s Club Nintendo site demonstrates just how pitiful NoA’s rewards are. We get screensavers, posters, and pouches while Japan is reaping soundtracks, special game controllers, a few toys, and a couple of Mario Bros. hats. Something’s amiss here, isn’t it? If NoA would get their act together, we could be jamming to the sweet sounds of Donkey Kong Country Returns whilst donning a Mario cap and tinkering with a unique puzzle toy. Instead, we can stare at a screensaver while fanning ourselves with one of these. NoA apparently thinks we enjoy practicality over fun, entertaining, valuable rewards.

One could make the argument that we’re lucky to be getting anything at all, and that is certainly a fact – NoA doesn’t have to offer us anything. However, when Nintendo of Japan hits it that far out of the ballpark for their fans by offering them rare soundtracks and swag…well, it doesn’t make NoA look very good. It’s not to say NoA isn’t trying – they now offer downloadable games for coins, and they at least offer the Hanafuda card set. Still, I’d like to see a few soundtracks hit the reward catalog in the future. When a game is scored well, its music deserves to be listened to on its own, and NoA should realize this and deliver the goods.

What does everyone else think about our Club Nintendo? If you haven’t seen Japan’s, click on through to it with the link above, and see if you’re still a fan of NoA’s rewards. What would you like to see offered on our site? A soundtrack? If so, which game should get the honors? Want a certain cool collectible? Let us know in the comments, and show NoA who should be the boss – the players. 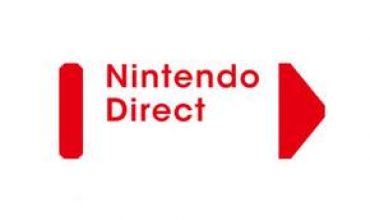 Does he have a name?

3DS buyers: What are your impressions after your first play-through?