Forget Lara Croft. Forget Indiana Jones. You want an adventure game thatâ€™ll sell millions? The Goonies. Seriously. Love it or hate it, that Spielberg/Donner film has gained popularity like no other 80â€™s film except maybe Ferris Bueller (and Bueller would make a lousy game). Despite The Gooniesâ€™ many, manyâ€¦many flaws, itâ€™s got the perfect scenario for a fantastic adventure-platformer.

Of course, there have been previous attempts:

The Apple 2 version of The Goonies was ambitious and successful for its day. Players flipped switches, activated traps, and distracted villains to get two Goonies safely to each screen’s exit. More of a puzzle game than a platformer, it followed the filmâ€™s plot and rewarded players with an animated view of the pirate ship sailing away, all in glorious Apple 2 color. All six of them.

The NES, of course, got Goonies 2. A big fan of the film, I actually played Goonies 2 all the way to its conclusion. I hit spiders with my yo-yo, climbed ladders, backtracked and opened about eight million doors to save that mermaid. Yeah, Goonies 2 was about rescuing a captive mermaid. My reward was a splitting headache, though Iâ€™d actually rate the game above average.

How would I do a new Goonies game? Stick to the movie, definitely. No one wants a â€œfurther adventuresâ€ game. We want pirate treasure, Chester Copperpot, One-Eyed Willie, Sloth, the falling boulders, the cannonball trap, the bone keyboard, the water slide, the shipâ€¦and the giant octopus that was cut from the movie, yet is loudly (and infamously) remembered by the characters in the film’s finale.

Iâ€™d make it a 2.5-D platformer, allowing for fast action, gorgeous graphics, sweeping camera moves and a slick frame rate. Players could control any Goony, swapping out with a single button press. The other Goonies would follow with competent A.I. and humorous animation depicting them tripping, bumping into each other, freaking out and arguing. Solid controls. Iâ€™d make it not too difficult, but highly replayable with flashy effects as points are awarded constantly for skillful jumps and good aim. It would have multiple routes, tons to discover, and dozens of traps, creatures and surprises added.

Any other Goonies fans out there whoâ€™d like a world-class videogame adventure for Mikey, Brand, Data, Mouth, Chunk, Andy and Stef? What would you put in it? 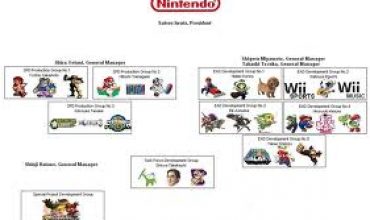