Pokemon is a series that has been around for a very long time – for many of us, it has been a defining childhood franchise. And just as we have grown and matured, so too has the Pokemon franchise. Over the years, the series has continued to grow and (pardon the pun) evolve with a number of additions.

Like Pokemon? Be sure to check out our special Pokemon podcast on Infendo Radio!

Here are the top 7 features we think vitally changed this illustrious series for the better:

One of the fundamental flaws in Pokemon Red/Blue/Yellow was the overpowered nature of a Psychic team. Back in those day, everyone had a Mewtwo or an Alakazam, and a Parasect to cancel their opponents’. In Generation 2 (Pokemon Gold/Silver/Crystal), Dark and Steel types were introduced, balancing the series and introducing a slew of new Pokemon for these types.

The series would receive a third additional type in Generation 6 (X/Y) with the Fairy type, which not only served to cripple the overwhelmingly powerful Dragon type Pokemon, but also retroactively added this typing to a number of Normal Type Pokemon, such as Jigglypuff and Clefairy, which served to change how these Pokemon, and a number of others, functioned.

While not one of the more talked about changes, Z-Powers, added in Gen 7 (Sun/Moon), created an interesting new mechanic in battles. Now, once per turn, a Pokemon who opts to hold a Z Crystal instead of another hold item can use a powerful Z-Attack, which can range from a massively powerful, damage dealing move, to something more strategic. When using Z Splash, for example, the once useless move now gives your Pokemon 3 Attack boosts, one more than the move Swords Dance.

The strategic decision to make Z Crystals hold items worked well as well, allowing Pokemon that don’t have a built in strategy for a specific item something new to do, while forcing other Pokemon to choose between a hold item they would normally use, or a Z-Crystal.

When they first made their appearance in Gen 2, shiny Pokemon made quite a stir; incredibly hard to obtain, rare color variants of normal Pokemon, these Pokemon don’t do anything special for battles. However, the rarity of obtaining even one has led many a trainer on deep, personal quests to find that one shiny they want for their team more than any other.

Since Gen 2, shinies have become easier to obtain through a variety of unusual methods. However, they still remain illusive enough to warrant a celebration when one is finally obtained. If the rumours are to be believed, “Ultra Shiny” Pokemon could be the next step for this particular innovation, though whether those claims can be believed are unknown at this time.

A very divisive topic amoung Pokemon fans, Mega Evolution is either the single greatest or worst thing to happen to the series, but it has certainly changed it forever. In Generation 6 (X/Y), a select few Pokemon gained the ability, once again through the means of a special held item, to “Mega Evolve” during battle, essentially becoming an entirely different, stronger Pokemon for the remainder of the battle.

Only a handful of Pokemon can Mega Evolve, and choosing which of your six Pokemon will be your Mega can be a truly difficult choice. Often, this Pokemon becomes the cornerstone member of your team, that one last-ditch effort to obtain victory. However, like Z-Powers, using a Mega Pokemon is entirely optional; if you prefer to go classic, you don’t need one on your team. They are a lot of fun, though.

Introduced in Gen 2, removed for Gen 3 (Ruby/Sapphire) and brought back from Gen 5 onward, the day/night cycle had become a staple in the Pokemon series, actually inspiring its own version differences in Gen 7. The introduction of time in the Pokemon world means that some Pokemon only appear during certain times of day – and these times are based on the real world clock.

Time also plays a part in single player battles. Depending on the time of day, some moves, such as Synthesis and Moonlight, will be weaker or stronger. Certain Pokemon, such as Espeon and Umbreon, even evolve based on the time of day. Beyond all of that though, the time mechanic in Pokemon games fosters a sense of immersion and realism in the series. Waiting until the sun sets to catch certain Pokemon makes the hunt feel that much more special and satisfying when you finally catch that Noctowl you waited all day to encounter.

Another innovation of Gen 2, hold items are exactly what they sound like. In fact, both Z-Crystals and Mega Stones are offshoots of this particular innovation. As of Gen 2, your Pokemon can hold one item, some of which are consumable in battle upon meeting certain conditions (such as health-restoring or status effect-canceling berries). Other items increase a Pokemon’s power or allow a Pokemon to evolve when traded. There was once even a mail item that allowed you to customize messages for when you traded Pokemon with someone else!

A feature that’s never been removed since its introduction so long ago, it’s hard to imagine anyone arguing that this relatively simple mechanic wasn’t an improvement for the series. Finding out which item each of your Pokemon should hold based on the strategy you want to employ is a truly enjoyable experience, and with so many items available, the combinations are nearly limitless.

There is, however, one innovation that outshines held items, and it also made its introduction in Gen 2. You see, way back in Gen 1, there were only 5 stats that measured a Pokemon’s abilities: HP, Attack, Defense, Speed, and Special. Special represented a Pokemon’s ability to deal and receive “special damage” which was dealt from moves such as surf or thunderbolt, as opposed to “physical damage”, which was caused by moves like Tackle and Headbutt. The whole system was messy, as it meant investing in Special was a much simpler process than investing in Physical states, as only one investment was required.

This was changed in Gen 2 with the creation of Special Attack and Special Defense, which took the place of Special. While a seemingly small change, this meant that now Pokemon that used special attacks effectively weren’t automatically also defensive tanks, severely changing the game. This innovation refined the overall game, making for a more balanced experience.

Thus endeth our little list of Pokemon innovations. Disagree with something on the list? Have one we’re missing you really wanted to see? Let us know in the comments below! 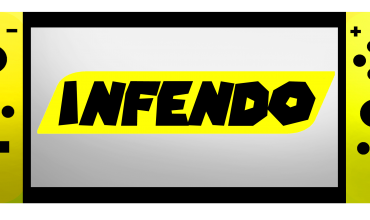