Nintendo has many franchises that are put aside for the more financially viable Mario and Zelda games and it such a shame, so here is some of the main ones.

So this is the biggie, despite being featured in last generations nintendo DS, there is no real consistant support for the franchise, being pushed around between Nintendo, Q games, Namco as well as Rare. I think Nintendo should give this series to either Retro or give Q games another shot hopefully with a stunning Wii U game. 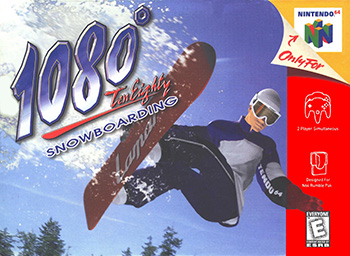 Here we go, the 1080° series, the original being developed in 1997 and released a year later which went on to sell over a million copies. The direct sequel was released in 2003 and although it didn’t set the world on fire with its sales, the game is still unbelievably great fun and is desperately crying out for a third entry on Wii U or 3DS.

Now then the F-zero series has been around since 1990 on the Super Nintendo, being the showcase for the mode 7 chip.  Since then this series has generated two more console games on the N64 and Gamecube, three GBA games and arcade machine. Being dormant since 2004  this series would be perfect for a revival on 3DS.

I certainly hope Nintendo can, one day, bring these franchises back from obscurity to the forefront of their software lineup in the future, what franchise would you see revived?