If there’s one thing I never expected to see on a Nintendo console, it’s a Flappy Bird clone. But that’s exactly what we’re getting on the Wii U eShop with developer RCMADIAX’s Spikey Walls! I’m going to “review” this game a little later. FIRST, some background information! I feel that it’s necessary, what with the long and very strange history of Flappy Bird…

Early this year, I heard about Flappy Bird; how could I not? I didn’t have any reason to try it out, though, so I passed. As the game took the world by storm, I had only a few screen shots to go on for a long time. I was actually rather offended by its graphics, which bore resemblance to Super Mario World on the SNES…that’s how I saw it, anyway.

I finally saw the game being played via this YouTube video:

This sent a clear message to me: Flappy Bird must be getting all the attention because it’s abnormally difficult! I would later discover that that was only half of it: Flappy Bird also had an addictive quality, which is allegedly why the developer, Dong Nguyen, removed Flappy Bird from the various mobile app stores.

Spikey Walls marks my first attempt at a Flappy Bird clone, but after playing it, I had the unusual desire to try a clone more closely matched with the original:

With at least a sense of what the original Flappy Bird felt and looked like, it’s time to see how Spikey Walls compares. In case you’re suffering from amnesia and don’t remember what Flappy Bird gameplay is, let me briefly describe it: use the touch screen (or in the case of Spikey Walls, the A button) to “flap” through gaps in the walls, side-scrolling style. Each successfully cleared gap adds just one point to your total score.

The use of a button as opposed to a touch screen to control Spikey Walls is a real plus. And, thankfully, the game saves your all-time highest score, so you always have something to aim for. Aside from that, though, Spikey Walls is fairly underwhelming, even for a Flappy Bird clone. As far as graphics go, I appreciate the spikey walls themselves, which somehow remind me of the spikes found in the fortress levels of Super Mario World. However, the scrolling brick wall in the background is actually quite hard on the eyes and is actually made worse on a big HD TV screen. The game is better to play looking at the GamePad’s screen, but it could still use some color and variety.

There are unfortunately no sound effects to speak of in Spikey Walls either, which is a missed opportunity, as sound effects in Flappy Bird and its various clones give the player that satisfying jolt to the heart when an unexpected collision occurs.

Spikey Walls finds itself in a position where it must be compared to other games of its kind, and this turns out to be its greatest downfall. It just doesn’t stand out as a worthy Flappy Bird clone. I have really enjoyed RCMADIAX’s previous efforts on the Wii U, but Spikey Walls scores:

Written by: Holly Fellmeth on September 17, 2014.
rcmadiax Reviews Wii U Wii U eShop 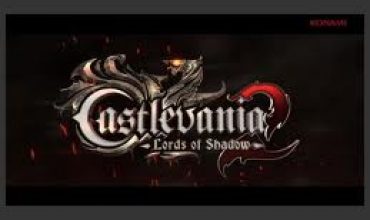