It’s 1998, and you’re in the 4th grade. You wake up an hour early and boot up your gameboy so you can beat Koga and finally get that 5th badge you’ve been working on.

Now it’s lunch time, and you and your friends grab your games and link cables, so you can see who’s got the better Pokemon.

On the bus ride home, you pour all your savings into the safari zone – Someone told you you can find a Chansey here, and darn it, you’ve gotta catch ’em all.

Pokemon appeals to a lot of people for a lot of reasons, but arguably one of the most important aspects to the series is finding the rarest, strongest and best Pokemon out there. It’s what pushes us through Viridian Forest and into Mt. Moon, for that 5% chance of seeing a Clefairy while we’re there.

Supply and demand has always been a big part of the puzzle when it comes to what makes Pokemon so great. When shiny Pokemon were introduced in Gold and Silver, everyone wanted one – And very few were able to actually get them.

Eventually, as the internet became more mainstream, players started to understand how they could make bigger and better Pokemon – Through hidden values in the game’s code known as Effort Values and Independent Values.

Getting a perfect Pokemon, a shiny Pokemon, or any other type of idealised, hard to come by version of our favourites used to be incredibly hard. So hard, in fact, that few people ever got what they were looking for.

Over the years, the games have made it progressively easier and easier to get these Pokemon. Effort Values were able to be removed, so you could train your Pokemon over if you messed up. Then, ways to raise these values without having to battle hundreds of a particular Pokemon were introduced.

Shiny Pokemon odds were similarly lowered, and a number of secret methods for both breeding shiny Pokemon or encountering them in the wild were created.

These days, if you want a particular variation of your favourite Pokemon, you can almost always get it, usually without too much hard work. And that’s honestly fantastic – Everyone should be able to build the Pokemon team of their dreams.

But with all of these changes comes an issue that Pokemon hasn’t yet resolved – If all of these once-one-in-a-million achievements are so easy to get now… What’s keeping us playing after we roll credits?

Sure, it’s a great feeling to throw out a Shiny Mewtwo online to show off to all of my friends, but when everyone else just got one in the last Pokemon Go or Gamestop Event, it waters down the experience.

Pokemon has managed to remain one of the most popular series of all time because it continues to impress and innovate. Hopefully, they’ll be able to solve this problem by introducing something new to the series that brings back that feeling of “Oh man, I’ve GOTTA have that!” 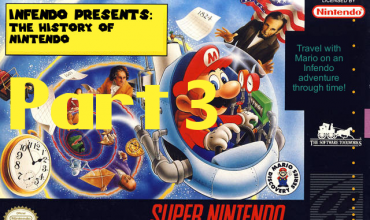