Since the first installment of Final Fantasy was released, I was hooked on the adventure, trials, and tribulations that the characters experienced upon their journeys.  As a writer, I tend to focus on horror as a genre, but I always wanted to write an adventure tale.  Final Reverie is the product of that desire.  In substance, it pays tribute to the early Final Fantasy games and hints at a previous journey that was carried out to seal off a nefarious evil being.

Since Nintendo’s classic NES console was home to the original Final Fantasy installments, I thought it only natural to share Final Reverie with the fans of Infendo. This book has become a part of me, and I hinted at it many times while writing here regularly.  I hope you are all as excited as I am about the story within.

My debut novel, Final Reverie, is now available on kindle and paperback. Join in on the adventures of Franklyn and Chij as they embark on an epic journey and battle true evil.

“Mother Nature’s shrieks were heard across the realm when man’s technological burden ushered Armageddon upon her flesh. The malevolent urges within her magical aura escaped with a vengeance upon the lands, much of it finding solace in a concentration of power within the nefarious vessel of Nafets. Her only hope for a future of peace was to release her own virtuous magical aura upon the land, spreading it far into the hidden reaches of her peaks and valleys.

Two heroes, Franklyn – an adolescent boy, and Chij – his wolf brother, travel the land with a sole purpose of helping those that cannot defend themselves from the creatures that lurk and feed upon the weak. In a twist of fate, their carefree days come to an end when tasked to search out Nafets and destroy his hold upon the world, and once again balance out the yin and yang of magical existence.

Throughout their journey, Franklyn and Chij encounter heroes of the past that guide them toward the final battle, as well as Atrin – an aspiring adversary that wishes to overthrow Nafets and claim his seat upon the throne of malevolence.

Franklyn and Chij endure an emotional journey filled with blood, tears, and self-discovery as they encounter the unexpected and become entangled in an expedition that will test their abilities and emotions further than ever before.”

New Game Get heads to the North Pole with Sam & Max 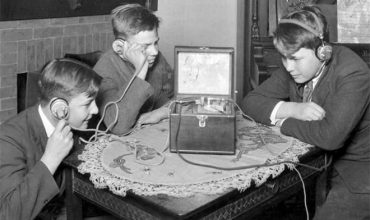