The trailer covers various aspects of the game, starting with the storyline. In order to free up Peach as a playable character from the start, Bowser instead kidnaps the Spritzy Princess this time around (I’m sure those were Bowser’s intentions, not Nintendo’s) and it’s up to Mario and friends to save her. The trailer shows more of the overhead map in SM3DW, which is much more extensive and interactive than ever before. The differences between the four playable characters are also explained here, but I’ll let you watch the trailer yourself for more info. What I’m in a hurry to get to are the massive amounts of power-ups and items in SM3DW…

To list the power-ups revealed for the game so far: Cat Mario, Double Mario, Fire Mario, Tanooki Mario, Boomerang Mario, Mega Mario, and White Tanooki Mario. To list the items shown so far, we have the cannon box, the light box, the coin box, the propeller box, the baseball, Koopa shells, the Goomba mask, and the piranha plant. Additionally, Mario can ride what seems to be a big ice skate, and all four characters can fit on Plessie, a swimming dinosaur. All of that adds up to an unprecedented variety of gameplay possibilities for the Super Mario series, which is saying something!

The trailer also explains the oh-so-important online features in Super Mario 3D World. When players connect to the internet, “Ghost Mii” data from other players appears in each stage. It’s unclear how many of these units there can be at once, but they may just help you find an obscure secret or two, should you desire to turn this feature on at all. Additionally, hidden stamps in each level can be used in Miiverse posts, giving those of us who have no artistic ability the chance to create visually appealing posts for once.

So. Still wishing this would have been the next Super Mario Galaxy, or has Nintendo appeased you with this extensive gameplay preview? Perhaps you’ve been optimistic about Super Mario 3D World from the outset? Whatever the case, please share your thoughts in a comment! 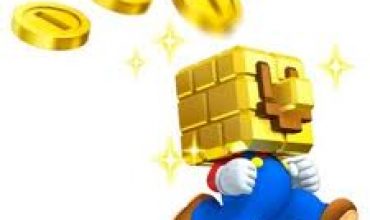