Those of you who listen to the podcast regularly may recall the E3 Prediction Game Show from a few episodes back. Now that E3 has come and gone, we have the results! The contest is between those of us who were on the episode in question: myself (Holly), Harrison, Lewis, and Colin. In order to determine a winner, I re-listened to the prediction show and awarded basic points and a handful of bonus points to all involved, in the fairest way possible, of course.

Lewis thankfully split the show into several categories, so there is a winner in each of those, as well as an overall winner. The categories are: 1) New Game Announcements, 2) Zelda for Wii U, 3) Near Field Communication (NFC) Figures, 4) Super Smash Bros. Wii U/3DS, 5) Quality of Life Platform, 6) Already Announced Games, and 7) Bonus Round.

So click past the break and kick back with the results of Infendo Radio’s big E3 Prediction Game Show.

The four participants of our contest were required to answer in one of three ways when given the names of Nintendo’s biggest, most iconic franchises: Yes for 3DS, Yes for Wii U, or No for Both. I earned a healthy 10 points in this round for playing it safe and sticking with No for Both in most cases, though I was convinced a Pokemon game for Wii U would be announced, and that didn’t happen. Colin earned his 10 points in the same way, correctly guessing No for Both to Animal Crossing and Pokemon. Harrison rounded out the 10-point tie by correctly guessing that a Star Fox game would be announced for Wii U. Finally, Lewis fell slightly behind the pack with 6 points for being a little too optimistic and predicting yeses for the majority of franchises on the list. Winner: 3-Way Tie Between Holly, Colin, and Harrison with 10 points each.

Zelda For Wii U

Participants were required to put predictions forward on various aspects of the new Zelda game coming to Wii U, including art style, multiplayer, and release window. Lewis took this round by impressively predicting an art style that ended up closer to the truth than any of the rest of us. Harrison predicted the art would not be Skyward Sword-ish, but rather would create a completely new atmosphere. Though Colin received the lowest amount of points in this round, he expressed the hope that the new game would contain an open world close to that of The Legend of Zelda: The Wind Waker, which was talked about by Eiji Aonuma himself during the Nintendo Digital Event. Winner: Lewis with 4 points.

Iwata made it clear that Nintendo would include some NFC discussion during the Digital Event at E3, so we on Infendo Radio made a category out of it. NFC figures were, indeed, discussed, though no one on the Infendo Radio prediction game show guessed at even half of the games that would incorporate the functionality. Colin was able to secure a win this round, however, mainly by predicting that there would be no discussion on the pricing of these figures during E3 (Harrison, Lewis, and I, on the other hand, had widely differing ideas on the subject). Winner: Colin with 3 points.

Lewis did not have a great start in this competition, but he certainly picked up the pace, gaining a solid 3 points in this round by predicting thoroughly and fairly accurately on the function of NFC figures in Super Smash Bros. for Wii U. Unfortunately, no one was able to predict anything accurate on new and returning characters to the much anticipated fighting games. I expected to see another character from the Fire Emblem series debut, Colin threw out Simon Belmont, Harrison keeps hoping for Ridley (he also suggested Wonder Red, which I would personally love), and Lewis guessed Shulk or another character from Xenoblade Chronicles (possibly one from Xenoblade Chronicles X). Needless to say, we were all off the mark. Winner: Lewis with 3 points.

Games that had already been announced prior to E3 got a lot of attention during the show, so unlike in the Quality of Life Platform category, there were plenty of points to go around in this one. I received 5 points in this round, thanks mostly to my prediction that Yoshi’s Woolly World (known as Yarn Yoshi previously) would get a name change, something no one else predicted. Colin and Lewis both predicted that Bayonetta 2 would release in October. A few more of Colin’s 6 points were earned from his guess that Hyrule Warriors would release in either September or October. This wasn’t Harrison’s strongest category with 2 points, but Lewis swept us all by earning a generous helping of 9 points. Massive bonus points were awarded to him for predicting that something related to The Legend of Zelda: Majora’s Mask would “pop in” to Nintendo’s Hyrule Warriors demonstration. Those of you who watched the Treehouse Live @ E3 segment on Hyrule Warriors undoubtedly know exactly what I’m talking about; how could you forget the moon from Majora’s Mask being yanked out of the sky to knock out Argorok, the dragon boss from Twilight Princess?! Winner: Lewis with 9 points.

It was great to give out some major bonus points in this round. Most of said points went to Harrison and Lewis. Harrison gave a detailed description of how, at the end of the Nintendo Digital Event, a new Star Fox game for Wii U would be announced with darkness and the voice of Peppy Hare calling out, “Do a barrel roll!” Though it wasn’t announced exactly that way, the new Star Fox was saved until the very end of the event, so kudos to Harrison for that call. Lewis predicted that Nintendo’s new IP would be a colorful, competitive 1st person shooter. Though it’s not in 1st person, Splatoon is a colorful, competitive shooter, so Lewis ended with a not-too-shabby 5 points in this round for his almost eerily accurate guess on a new Nintendo IP. Winner: Harrison with 6 points.

It was a fun prediction show and a fun E3. All four of our contestants had more than a few shining moments as their predictions came true, but only one winner can be crowned in this year’s Infendo Radio E3 Prediction Game Show. Drumroll, please. The overall results are:

Thanks for joining us in the 2014 E3 Prediction Game Show. How accurate were your E3 predictions? Let us know in a comment below! 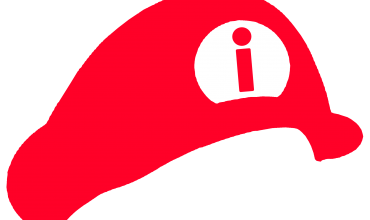