Nintendoâ€™s in an awkward transitional pre-E3 mode right now, and early 3DS adopters have only a handful of good titles to choose from until things pick up. Zeldaâ€™s coming in June, and thank goodness the eShop is scheduled to launch this month. Blakeâ€™s dealing with the lull by playing awesome GBA games on his newly acquired AGS-101. For anyone whose new 3DS represents their only handheld Nintendo console, thereâ€™s salvation in a back catalog of great DS games waiting to fill the void.

Some of these oldies are obvious; we have 2 Zeldas, Dragon Quest, the Mario and Lugi adventure, and a trio of Professor Laytons representing handheld gaming at its best. But there are many overlooked titles out there–great games that never got the attention they deserve. Iâ€™m going to list just a few of my favorites, and then leave the floor open for your suggestions. While the 3DS is taking a software mini-hiatus, now is the time to pick up these gems!

This is my #1 choice for most tragically overlooked DS game. This thing is a one-of-a-kind, only-possible-on-a-dual-screen, personality-loaded work of sheer genius. The top screen is a platforming adventure. The bottom screen is a match-the-blocks puzzle game. You alternate between them, earning power-ups for Mr. Hatsworth by playing the puzzle game. Defeated platform enemies fall down into the puzzle and become enemy blocks. If they work their way to the top of the puzzle screen, they return to the platformer world!

Add in a wonderfully ridiculous plot, amazing bosses, hilarious dialogue and one of the best soundtracks ever created for a game (which EA made available for free download at launch) and you have one of the most solid, bonkers and fun-to-play games in the DS catalog. Pick this one up; youâ€™ll be amazed. This the Terry Gilliam movie of the game world (and if you donâ€™t get that reference, go watch Time Bandits on Netflix right now!)

Shoot fireworks at attacking enemies while moving your base out of harmâ€™s wayâ€”all with the stylus. The game features wonderful, stylish visuals, great effects, fun music and very, very challenging gameplay. Plus, you get an awesome animated lenticular cover sleeve! Odds are good you can find this one for less than fifteen bucks at a nearby retailer.

I canâ€™t resist another chance to put in a good word for this title. This thing is brilliant, but not for everyone; You truly will get out of it exactly what you put into it, and it requires several hours of learning to get good at creating games. Donâ€™t be afraid of the tutorialâ€”It stars Wario and is the funniest and most entertaining tutorial on Earth.

The built-in Warioware games represent a rather brief adventureâ€”little more than half the length of most Warioware games. Combine it all with the Wiiware showcase companion, however, and you pretty much have a full Warioware experience to play both on your Wii and handheld.

The built-ins, however, arenâ€™t what this titleâ€™s about. By adding in your own creations and choosing from dozens of additional micro games available for download, you can basically craft your own unique and ever-changing Warioware experience! Unfortunately, it looks like the user-created supply of contest-winning entries is no longer a supported feature.

Even, so, if you have any interest at all in drawing, creating music, or making your own microgames via a brilliant toolbox, grab Warioware D.I.Y. asap.

Thatâ€™s it for now! What overlooked greats would you like to recommend to the Infendo audience? 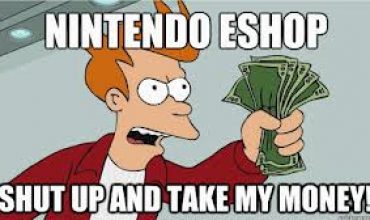 No Friend Requests or Private Messages for 3DS Miiverse