Hey, y’all! My name’s Colt, and I’m back for another Colt’s Choice! I’ve got a really good one for you guys. So without further ado, LET’S GO!

My pick for this week is a great little game, one where you play as 2D bugs. You should already know it’s Killer Queen Black! This game has become so addictive to me, and it has easily become one of my top indie games for this year.

In this game, you play in 4v4 matches: one Queen and three Workers. As the Queen, you fly around and attack all the opponent bugs, mainly trying to wreak havoc. The object is to win 3 out of 5 matches in order to win the series. Now there are three ways to win a match: Economic, Snail, and Military.

For an economic victory, each side has a den of cubbies to put berries in that you collect on the map, and if you fill it up before the match is over (because one of the other victories has happened) you will get an economic victory and move on to the next match.

For a Military victory, each Queen has a total of three lives. If your Queen gets killed by an attack, you will hatch out of one of your eggs sacks and be down one more life. When you lose all three of your Queen’s lives, your opponent gets a Military Victory and you move on to the next match

The final part is the role of the three Workers on your team. As a Worker, you get unlimited lives and freedom to run around trying to collect berries or ride the snail in. Another thing a Worker can do is take a berry to the power gate and get a shield, a speed boost, or a Soldier. A soldier is the only thing other than a Queen that has a weapon and can attack. Soldiers can kill the Queen and other Workers/Soldiers. When Soldiers get killed, they just come back as Workers.

This game is $20 and if you’re a fan of multiplayer, it is worth it. The matches and the series are quick, and playing with friends is super simple and fun! This game also supports in-game chat like Fortnite, but of course the best way is to hop in a Discord voice channel just like the ones we have in our Infendo Community, which you should definitely join if you haven’t yet!

All right, fam, that’s my time! What did you think? Are you picking this up? Do you already own it? What are your thoughts? Let me know in the comments section below, and as always, until next time… GAME ON! 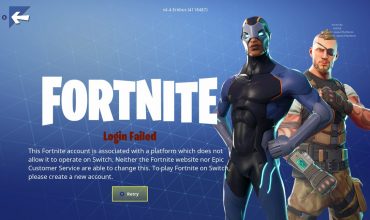