A classic top-down RPG on Switch.

Overview:
In a world broken into 3 tribes from a “Great Battle” – a young protagonist named Bine finds himself in an interesting situation. Upon leaving his hometown for a simple quest – he locates an innocent young woman named Lunaria in distress. Being the protector of his village and amateur hero, he wants to lend a hand and help this fair lady. After completing this quest who knew they’d be party members for life? (We all did, let’s not try to kid ourselves).

Bine, Lunaria, and others will find many trails and quests on your way to journey to return her to her tribes capital. Upon reaching the it they find out many leaders across their world have vanished and that’s where the story gets even more mysterious….

The elephant in the room here is that this game made for a mobile platform. Before most of you go off on that Switch shouldn’t get mobile games or it has too many shovelware on the system, let’s have a chat. This game has some great positives about it but like most RPGs, it does have some annoying negatives. As true to most 2D RPGs, you get your standard party with turn-based battles in standard classic early Final Fantasy or Golden Sun (my favorite) fashion. Having upgradeable armor and weapons, use of spells and items – all typical RPG requirements that we all enjoy and expect.

It also has a few unique systems I loved like an on-the-go farming simulator, the ridiculous humor/subtle inappropriate language, and one of the characters doesn’t level like normal and request the consumption of stones and rings to help them progress. The items that drop from battles seem randomized but you can also test your luck with random rolls with refining using stones/pandora tickets you acquire or buy (with real money) during your playthrough. During my play, I didn’t feel the need to spend real money in-game as the drops seemed plentiful (thank god).

Some negatives I saw were since this was originally made for mobile, the controls seem a little odd. Character movement on the screen is off and almost as if they are floating over the ground in towns and on the overworld. I found using the Joystick was too loose and I couldn’t control Bine as well as I liked, often running into walls or getting stuck through trees. Luckily the D-pad works and made the directional movement of characters easier but I still couldn’t help and notice the speed still seemed off still. I’m not sure how the game held up on mobile devices but on the switch, it hurt the immersion for me.

Adding to the subject of immersion, some creatures I fought during random encounters felt out of place or looked more like they should have been the boss’s over just simple mobs. I’d be in a dark cave and I would trigger a battle. Seconds later I’d be against a wolf-like dog, a penguin, a pile of rocks, a rather large dragon. Looking at the four creatures I was puzzled, I did the standard turn-based battle and as I hit these monsters they seem to die in one hit each. I didn’t think of it as much as I had the game set on normal mode, (you can change it to easy, normal, hard in settings,) but then other characters would kill the same monster that Bine had done in a previous battle, and the monsters attack points were very noticeably different. Bine would hit for 1,200 points, while Lunaria would hit for 400 points, both would kill the penguin and no signs that Bine did an overkill, so I sat their confusion momentarily and then moved on. Other little details like saving any time and many areas for health recovery like inns, potions, heal spots before major battles help ensure I wouldn’t rage quit from hard battles.

The graphics seem crisp and simple if you merged a 90’s RPG and today’s HD technology. Straightforward yet satisfying and reminds me of my younger days playing Final Fantasy or Dragon Quest game (Which is what I love to play!). Each town I visited felt new and nothing seemed like recycled textures or designs. However, the overworld had a similar repetitive design but it didn’t bother me, it’s what I expect for a game like this is mimicking. Speaking of the overworld, there wasn’t a map in the game that was easy to get too. You had to use an item for warping and then I could see a map.

The battle animations were however left something more to be desired as they revolved around 3 basic elements – Fire, Water, Earth and then combining them per character. The characters used the same graphic animations for the spells which did disappoint me, meaning if Bine used a water, and Lunaria used the same spell on her turn, they looked the same. By the time I got to the end of the game, each character had over twenty different spells and abilities which I felt was rather cumbersome and I didn’t even use most of them. The fight scenes did add an additional feature that when two characters could team up to use more powerful spells and abilities to tackle bosses easier, it gave it more depth the battles for what it’s worth.

As expected the rest of the battle sequence is your standard turn-based battle that you would expect to have in this style of game. Armor, weapons, and spells/abilities can greatly help during your fight and can mean the difference between a win and loss.

The music is one of the defining factors of this game. If the developer or publisher would ever release a soundtrack, I’d be the first to pick it up. The music flows greatly throughout each area and doesn’t feel out of place. It was perfectly on point during crucial and emotional parts during the narrative. Battle scene music again, feel correct with a lovely victory theme at the end, nothing but positives for the music all around from me.

I’m a sucker for any classic top-down RPG game and this title delivers exactly what I expected. I may of have been overly critical of the gameplay and controls but the plot/story and music had grabbed me and kept me playing for hours at a time (It gets even better towards the end). Even with this being multiplatform, I only wanted to play it on my Switch, (like most games these days). Having it on the big screen or on the go, it made this adventure fun, addictive and wanting to learn more about the history of this world. 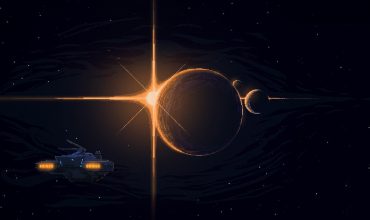 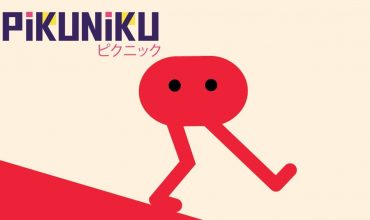